Next MUSIGA President must be ready to serve – Diana Hopeson 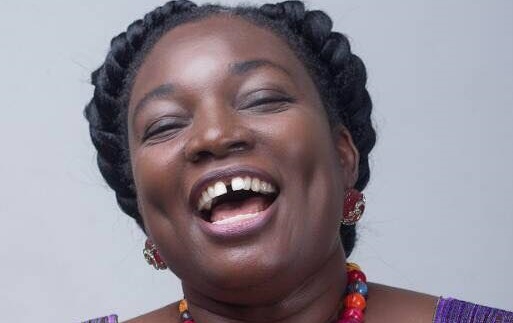 After all the brouhaha surrounding the Musicians Union of Ghana (MUSIGA) and its elections, the polls have finally been slated for January 12, 2022.

The elections were to have been held in 2019 but in-fighting and legal tussles saw it being delayed until the issues were resolved, paving the way for the selection of new leaders next year.

Graphic Showbiz caught up with a former President of MUSIGA, Gospel musician Diana Hopeson recently and she shared her thoughts on the upcoming elections.

First were her expectations of whoever emerged as President of MUSIGA. “Being a MUSIGA President is a service. MUSIGA is an association. It is not a profit making organisation so it has to be someone with a heart to serve, with the dream to see the lives of musicians bettered, someone with administrative skills and I am praying that the next team that will be elected will join forces and work together to achieve this,” she stated.

Diana Hopeson admitted that there had always been some drama when it comes to MUSIGA elections but this one had been too complex.

“This one has been too heightened. With every MUSIGA election, there have been issues but this one is too complex. This one is like a 100 per cent increase in all the previous ones,” she said.

She also expressed some worry about how former President Bice ‘Obour’ Osei Kuffour exited, describing it as too abrupt.

“The truth is that the manner in which he exited was a bit too abrupt. I believe just before he left, the unity wasn’t solid coupled with all these court issues. The issues were too prolonged; the issues were too many and unfortunately, they were all coming from one person.”

“What can we say? In every society, you find some people who would not want to understand but I must commend the Minister of Tourism, Arts and Culture, Dr Ibrahim Mohammed Awal and his Deputy, Mark Okraku Mantey, for their commitment to bring lasting peace.”

“I am happy that everything is sorted now. I was called on one or two occasions during the sittings just to observe and support. I am glad all is well now,” she said.

Diana Hopeson shared one major problem she has observed with MUSIGA over the years. “It has to do with this suspicion and bickering, how do I even say it? We are temperamental. When it comes to our industry, everybody wants to lead.”

“I would say the kind of people that we are has contributed to what is happening. Thank God the courts were there to deal with some of the issues. When you go to court, you keep the whole organisation waiting. Meanwhile, you also realise that most of them didn’t follow the due process before going to court.”

Over 104 candidates have been cleared to contest for 77 positions nationwide in the upcoming elections. Out of the number, 11 are running for the seven positions at the national level.

Bessa Simons, Ras Caleb Appiah-Levi and Deborah Freeman are contesting for the crucial role of President.