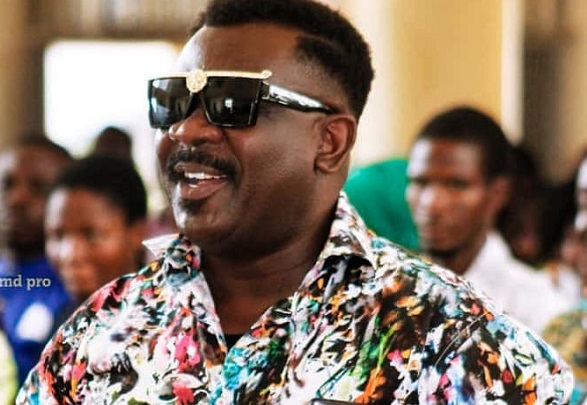 Ghanaian actor Seth Kwabena Kyere Karikari popularly known as Koo Fori is still thanking God for his life after fire gutted his house a week ago.

Koo Fori lost property worth thousands of cedis in the fire but says instead of crying over the loss, he is placing priority on the fact that he is still alive.

“I thank God for my life because I would have been dead if I was asleep at the time the fire started. Ghanaians would not have heard good news but I thank God I was awake then.

"I lost everything in my house but life is more important and once I am alive I can get whatever I lost back,” he told Graphic Showbiz.

Narrating his ordeal, Koo Fori said he was watching a programme on the television in his bedroom around 6 p.m. only for the TV to go off.

According to him, he quickly rushed to the living room to continue watching the programme on the other television there, only to see the room engulfed in smoke and fire coming from the air conditioner.

“I was confused at that point and didn’t know what to do so I had to switch off the things I felt were dangerous but the damage had happened already. My television set, chairs and everything I had in my living were gone,” he said.

Asked what might have caused the fire, Koo Fori, who managed to escape unhurt, said he was very sure it was an electrical fault.

“The way everything happened that fast, I am so sure it is an electrical problem that led to the fire but none of that matters to me more than my life," he added.

Read also: Trolling about my style no bother – Koo Fori

Koo Fori has been in the entertainment industry for about 20 years and gained popularity for his role in long-running local television series Efiewura.

He worked at Radio Gold from 1998 until the station was shut down by the National Communications Authority in 2017. He is currently the Managing Director of Bryt TV.

He has featured in movies such as Koti Academy and 50 Cedis and TV series Taxi Driver, Cantata and Efiewura.