MUSIGA asks for calm after another election postponement 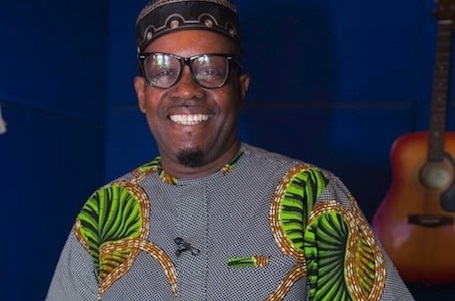 The National Executive Committee of the Musicians Union of Ghana (MUSIGA) has appealed to its members and all relevant stakeholders in the music industry to remain calm following another postponement of the date for the union’s national elections.

The union was due to hold national elections on Wednesday, February 23 but that has also been postponed due mainly to issues related to a voters register and funding for the elections.

A press release from the union, signed by Acting President Bessa Simons, said fervent steps were being taken to ensure that the elections were held in a free and fair manner to ensure its credibility.

“Following the postponement of the elections scheduled for February 23, we have been inundated with calls from members of the union, industry players and well-meaning Ghanaians.

“The issues relating to the voters' register are being investigated and we wish to assure all members that due diligence will be done to ensure a credible voters register,” the release pointed out.

It also added that the national office had set aside the necessary funding for a successful election.

The union’s leadership, the statement indicated, would meet on Friday, February 25 to discuss all issues relating to the elections and take steps to ensure that all obstacles were tackled for the elections to come off soon.

MUSIGA initially targeted to hold national elections in June 2019 for fresh officers who were to be inaugurated in August 2019.

A long period of squabbles and litigation ensued after the announcement of the original date to pick officers to succeed Bice Osei Kuffour, better known as Obour, and his team.

January 12 was eventually settled on but that was pushed to February 23 which has also now been indefinitely postponed.

Read also: Next MUSIGA President must be ready to serve – Diana Hopeson

For the elections, over 104 candidates had been cleared to contest for 77 positions nationwide. Out of the number, 11 were running for the seven positions at the national level.

In the race for the presidency are Bessa Simons, Ras Caleb Appiah-Levi and Deborah Freeman.

A new feature of the upcoming elections is that for the first time, all registered and paid-up members would be eligible to vote. Previous MUSIGA elections involved electoral colleges selected from the regional branches.

“We would like to thank all the organisations that have so far supported the election process and wish to assure them that we will hold an election they will be proud they supported,” the MUSIGA statement said.