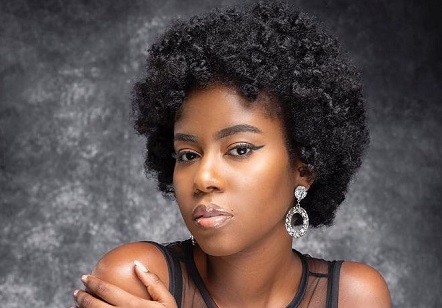 Since Nigeria’s Burna Boy and Wizkid won at this year’s edition of the Grammy awards, there have been conversations about the Ghanaian music industry and what our artistes can also do to not only secure nominations but bring such prestigious awards home.

And now Dancehall artiste MzVee is sharing her thoughts on the issues raised.

In an exclusive interview with the Graphic Showbiz, MzVee, who was nominated in the 2016 edition of the BET awards, said it was time for the music industry to admit that it needed help.

“Most often, we talk and act like we can do things on our own but that is not the truth, we all need help at some point in our lives and I believe our music industry is not different. We first have to admit we need help, put down the kind of help we need and we move from there.

“As for the talent we have it, we have what it takes. There are people in the industry doing great things and every time new people come up who are doing amazingly well but because we do not know what we need to get to that level, we are always left out.”

Read more: Stop pitting female acts against one another —Sefa

Outlining some of the areas that need to be helped, MzVee said the kind of works artistes churn out should be able to speak for them.

“Even though an album is important to an artiste, it is not all that one needs to get the appeal; albums tell stories, it is just one of those things that makes an artiste. Again, we should have it in mind that anything we put out there should be able to speak for us.”

She added, “there are people who decide to strive on controversies to have their voices heard and to get the attention which is fine but at the end of the day, your works should speak for you.”

On how she got her BET nomination, she said, “for me as an individual, I didn’t take any step. I was just home when I realised that my social media pages were blazing with messages, my phone was so full, only for me to find out that I had been nominated.”

While some industry stakeholders have sought to make light of the Grammys and other international schemes, MzVee said such nominations mean a lot to artistes. “It means a lot to us and I think every artiste need something like this. It makes you the artiste happy and your fans also happy.”

Coming back to the home front, MzVee, who is out with her album Inveencible said she had filed nominations for this year’s edition of the Vodafone Ghana Music Awards (VGMA) and is hopeful something will come out of it.

MzVee currently has a video out for her track You Alone which was shot in partnership with Trace TV and she said it was a great experience.