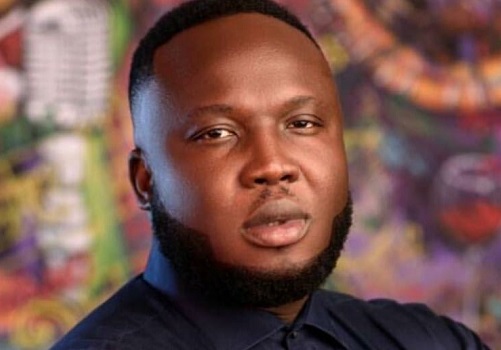 A recent video of actress/socialite Moesha Boduong confessing to giving her life to Christ and trying to change her lifestyle at the Revelation Church at Airport in Accra sparked mixed reactions among Ghanaians.

However, a new video, which popped up on Monday, July 12 on Instagram of the actress on top of a building, looking untidy in the company of some people and has since gone viral, has sparked concerns about her mental well-being.

The filmed scene has Moesha narrating her story of how a ‘good’ Samaritan introduced her to the business of sleeping with men in exchange for money in her attempt to achieve her dream as an actress.

Her appearance and claim of attempting to commit suicide in the video has got many calling on her family and friends to seek professional help for her since she was not in the best mental frame and was just using her repentance as a cover.

However, speaking with the Graphic Showbiz on the issue on Tuesday, July 13, sound engineer and producer Kaywa, who has been very supportive of Moesha since her decision to turn a new leaf, said it was not right to draw conclusions about the latter’s mental health from just a video.

According to him, a person could only be declared to have mental health challenges after medical assessment and there was no evidence for people to claim madness just because she is professing her new faith.

“Now, my question is is Moesha really going through pain or we are only judging her by what we saw in the video? So when she was doing all the supposed wrong things, she was not mad but now that she has seen the light, she is mad?

“I’ve watched the video myself and the only thing I saw was she advising young people not to take the wrong decisions and path she took and has regretted. However, if the judgement of others of the same video says otherwise, I don’t think declaring her mad is the best description.

“However, if she truly went to the roof of the building to take her life, then we can recommend both medical and spiritual help for her. There’s no need jumping to early conclusions,” he stated.

Moesha, who has featured in a number of movies including Only You, Victims, Assault Case, Hostage, Vultures of Horror, Die with Me, Mysterious Girls among others, has been trolled on social media for faking her repentance.

For her critics, her repentance was just a ploy to find a husband since old age was catching up with her and no family would love to associate with her perceived promiscuous lifestyle.

Kaywa, however, mentioned that such denigration was very unnecessary for someone who has taken the bold decision to live right and for God.

“Well primarily, we should understand that when Jesus is in the matter, many people will have little understanding of what is happening. I am not interested in whether she is faking it or not, what I know is that once she has accepted Jesus as her Lord and personal saviour, its good enough for me to know that Jesus is at work.

“Also, it is not in my place to judge because Jesus Christ came to die to redeem us from our sins so no one has the right to be a judge over another’s salvation,” he noted.