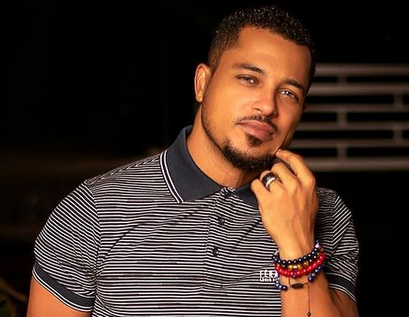 The meeting between the police administration led by the Inspector General of Police, Dr George Akuffo Dampare and members of the creative industry continues to be lauded by many who believe it is a step in the right direction.

Graphic Showbiz caught up with actor/producer/entrepreneur Van Vicker recently and he gave his thoughts on the meeting, as well as issues that were raised.

“I think it was a great initiative having the IGP or the Police authorities meet with showbiz people. I don’t think I have ever heard about that before and I don’t know if it has ever happened before but it is a great initiative which I think can lead to a lot of other things,” he stated.

We asked Van if there was a wow factor for him at the meeting and he answered that, “there wasn’t necessarily any wow element for me except that I thought it was impressive when the IGP himself said he would work on all that we have said.

"There wasn’t any definiteness to what he was saying but the fact that they were able to listen to what we had to say and to promise that in their capacity they would work on them is impressive.”

Read also: Gospel music not charity work - Mary Ghansah
According to Van Vicker, he spoke on three issues at the meeting; entrepreneurship, volunteerism and a protocol office.

“On the protocol office, the request is that if the police can have a showbiz or entertainment desk where when celebrities, entertainers, showbiz personalities need something with regards to their work they could turn to, it will be helpful.

“It should not only be here in Accra but in the regions as well; they should be able to approach that desk and put in their request be it police cars or uniforms and it should not just restrict it to the police but extend it to other security services such as Fire Service, Immigration, Military etc.

“If we are doing a film and we need these services, we should be able to have access to them. For instance, I have been trying to shoot something with the military, they asked me to put in a letter which I did and it’s been like forever, I have not heard from them again.

“My other colleagues are trying to reach the police for similar services but they haven’t been successful,” he said.

Read also: You can do music full time – D-Black

According to Van Vicker, one of the reasons the police refuse to give services to producers is when they sometimes bring scripts that tarnish the image of the police.

“For them, it is about branding so they will not tolerate any such scripts from producers. What this means is that independent producers should go ahead and film what they want to. Truth be told no one is perfect and no institution is perfect so they should not refuse to assist.

“The other thing was entrepreneurship; if there could be some kind of incentives for showbiz personalities who are entrepreneurs, we will be creating jobs, making sure that the youth have something to do and selling Ghana to the world.

“Just as government gets investors and gives them cuts on taxes, it is the same thing I am asking for. I know it was a wrong forum for this request but I intentionally brought that up so it will fall in the right ears,” he said.

“The last thing was on volunteerism and I am saying that the police need to leverage on celebs for education to the public. I know they have their own platforms but celebs have huge following so if they can liaise with us and leverage our following, I am sure information they want to put out there will get there faster and quicker,” he added.

Finally, Van Vicker said they were expecting feedback from the police on all the issues that came up and if done, that would help them know the way forward.