Let your works do the talking —Worlasi 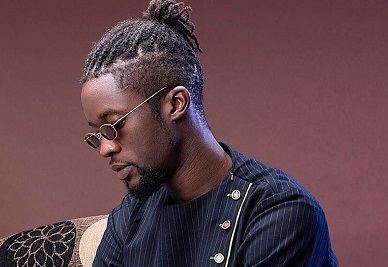 Afrobeats artiste, Worlasi Langani, popularly known as Worlasi, may not be the regular artiste whose music is all over the airwaves but he has undoubtedly built a strong following for his works.

In the last few years, Worlasi has made significant inroads on the music scene, having made appearances on prominent platforms such as Coke Studio, where he performed together with a Kenyan group, Sauti Sol, and Nigeria’s Chidinma.

According to the 2019 Vodafone Ghana Music Awards (VGMA) Record of the Year nominee, his interest has been to produce quality works, and he was happy to be reaping its fruits.

“Sometimes, I wish that up and coming artistes will understand that when you have good products, no matter how long it takes, the recognition and attention will come and when that happens, it is surely with a bang.

“I have been doing this for some years, and truthfully I have not been bothered much about paying to promote my works, which is not to say that I wouldn’t want to do that but my financial strength cannot meet the demands.

“As such, I’ve channeled my strength into producing good content and that has been a good weapon to get attention for my works.

"Even if I had the means to pay or market my songs and they were not good, I doubt I will get this much attention and respect accorded me now,” he told Graphic Showbiz.

Read more: What legacy are we leaving behind? — Akwaboah Jnr. asks musicians

The Woezor singer said it was based on this rule for his career that he requested his fans not to vote for him in 2017 when he was nominated in the Unsung Category at the VGMA.

He told Graphic Showbiz that he took the decision at that time because as an emerging brand with a pint-size following at the time, competing for an award could not have been on top of his priority list.

“Sometimes, people misinterpret your good intent and that was my fate when I made that request that my fans save their money for voting for my shows. I need to feed and survive and that can only happen when people patronise my works.

“So, I needed to build that behaviour with my fans to attend my shows since I was still young in music so I directed them to appreciate and support my works and shows, and I’m very happy it is paying off today. It was a fair decision I took at the time,” he noted.

Worlasi’s musical career can be traced back to his first song, Ay3 Adz3 in 2013, and he has since risen and stood tall as a rapper, singer, music producer and songwriter.

His versatility enables him to switch from singing to rapping in English, Ewe, Fante, Ga and Pidgin and his songs such as Too Naughty, Nuse, One Life, Nukata and You Saw Me are commendable for their great lyrics.

He disclosed that even though he was making gains, he still feels pressured to do more.

“When people appreciate and admire your talent and perceive you to be the best, they push you to go all out to prove it to others. That is the pressure I get from my fans and I feel it is not negative but positive pressure to bring out the best in me always,” he stated.

“I thank my fans who have believed in me till now. It has not been an easy journey but they have stood with me and seen my progress too,” he added.

From Agbozume in the Volta Region, Worlasi’s music has seen him share the stage with some of Ghana’s finest musical acts on platforms such as ACCRA.ALT’s Sabolai Radio and Dark Suburb’s Awakening concert.

According to the artiste, who takes inspiration from the likes of Wiyaala, FOKN Bois, Senku Live, Hammer of the Last Two, M.anifest and Cameroon’s Richard Bona, Ghana deserves commendation for pushing Afrobeats on the global stage.

He pointed out that even though Ghana doesn’t have huge numbers as compared to other African countries like Nigeria, it was a formidable force when it came to Afrobeats.