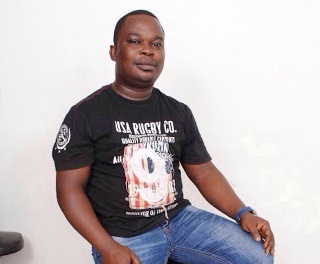 Even before COVID–19 hit Ghana, the local movie industry was experiencing a serious downturn compelling players to venture into other areas in order to survive.

With the pandemic making an already difficult situation worse, producers and actors in the Twi-speaking movie industry, Kumawood, say they have adapted to change by filming short skits, series, among other creative works, and showing them on YouTube.

In an interview with Graphic Showbiz, Jackson K Bentum of Bentum 5 Pictures said almost every movie producer was either doing television series or making videos for YouTube.

“The best way for a movie producer to survive now is through Youtube or a series. Just when the movies were picking up again through premieres, COVID–19 came to destroy everything.

“I have a series titled Susuprɛ currently running on Adom TV and I’m shooting another one Adekyeɛ Mu Nsɛm. With YouTube, you get something good at the end of the month, I mean money and with the TV series, when you get a sponsor you are good to go,” he said.

According to him, movie premieres were paying off until the President announced restrictions that stopped cinemas among other establishments from operating.

“My colleagues and I were making it through premieres but not anymore because of the President’s directive for cinemas not to operate,” he said.

Paul Gee of Paul Gee Productions disclosed to Graphic Showbiz that almost all his movies were now on YouTube. “Since last year, all the movies I have produced are on YouTube which I get some money from at the end of the month. I wanted to do TV series but without sponsorship you won’t get much so I decided to go the YouTube route,” he said.

Read more: Showing movies for free on TV was a mistake – Socrate Safo

He expressed hope that the pandemic would ease so that the premieres could resume.

“A movie that will take us a week to shoot is now running into a month because you cannot have too many people on set.

“At least, the 25 people in a room for a movie premiere can help. In a month, we can get a lot of people watching our movies but now the cinemas are totally shut down,” he said.

Mustapha Adams of A. A production said until COVID-19 went away, the only means of survival for movie producers was through YouTube and TV series.

“Now that sales of movies are down, the best approach is TV series and YouTube. Although YouTube doesn’t give you so much, it is better for you when you get a lot more people watching the movies and that is why my works are there. I am not surprised most of my colleagues are into other businesses because nothing is really happening,” he said.