It’s time to show me love — Iwan to media 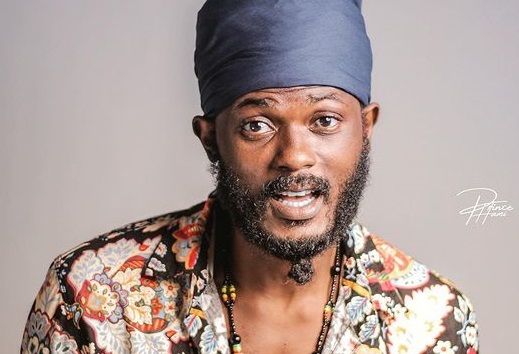 IT’S been eight years since Dancehall artiste Abdul Razak Issahaku, popularly known as Iwan, made any impact on the music industry, and he has blamed the media for shutting him out.

“I think the media has not been fair to me in the past eight years. It is not as if I have not been releasing songs or albums, it is the media who don’t support me.

“I invite TV3, TV Africa and other media houses anytime I launch an album but they don’t come. These same media will be at other artistes’ album launches and I wonder why it is so.

“I have performed at TV3’s Music Music, TV Africa and at almost every media house which invited me, but they refuse to attend my album launch or play my songs,” Iwan told Graphic Showbiz recently.

According to Iwan, it was about time the media showed him love because he had been there for them. “I was not hesitant to do free shows for the media houses when they invited me to perform for them, and this is the time they should also show me love,” he said.

Asked why he thought the media would blacklist him, Iwan said he suspected it was because of the issues he had with his former label, Bullhaus Entertainment.

“A lot went on with Bullhaus Entertainment when I left and I believe the media sided with Bullhaus and decided to blacklist me,” he revealed.

Read more: I am not a lazy artiste—Jupitar

Iwan, who has rebranded to Iwan Suhyini (One Heart), promised that there would be a new side to him in 2021.

“In 2021, Iwan Suhyini is coming back big time and my name will be everywhere with better music videos, decent lyrics and better live band performances.

“In fact, in those eight years that I have been away, I was preparing myself to come back big and I can promise my fans that 2021 will be my year,” he said.

The concert, which was held at Tawala in Accra, featured artistes such as Ras Kuuku, Epixode, Rudeboy Ranking, Kamelyeon among other acts.

Iwan has songs such as Miss You, Who’s Bad, Thanks And Praise among others to his credit.

Why COVID-19 vaccinators are not wearing gloves