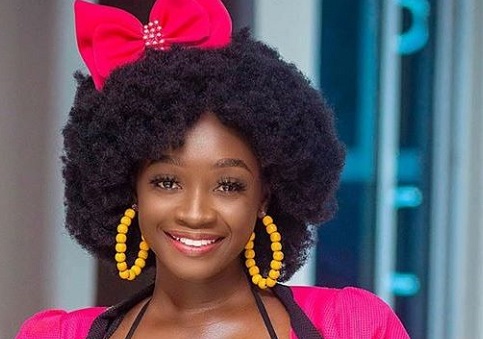 In 2016 when Afro-Jazz singer Adomaa came into the limelight with her terrific mash up of Stonebwoy’s Baafira, the hype around her was huge with many enthusiasts touting her as the next big thing.

Trying to live up to the expectations, she followed up with another mash up about Ghanaian music, as well as EPs Afraba and Adomaa Vs Adomaa which had songs such as Traffic Jam, April Fool and Medaase but the 2018 Unsung Act of the Year at the Vodafone Ghana Music Awards (VGMA), has not really reached the heights of stardom people anticipated.

In fact, she has been quiet on the scene for sometime until people started seeing her in Ghanaian telenovela Dede, which airs on the recently launched Akwaaba channel on DStv and that has raised questions about whether she is abandoning music for acting.

However, in a chat with Graphic Showbiz recently, Adomaa said even though the public may not have seen much of her for a while, she was still active in the music business.

“I accept that it’s been a while but I have not stopped doing music. I’m still into music and presently working on a project which I am hoping to bring out this year.

“Music and acting are jobs in the entertainment industry even though they have their own pros and cons. However, if others have been successful with the two, then I can also do it.  Any time I get the chance, I go to the studio to work on my project so I have not pulled the brakes on my music, I’m very much active,” she said.

Read also: Not every actress needs a ‘Papa No’- Actress Rabby Bray

Adomaa made her acting debut in the movie Bad Luck Joe and is already enjoying good reviews as the lead character in Dede, which is the brainchild of filmmaker Shirley Frimpong Manso’s Sparrow Productions.

Recounting how she landed her job, she said she did a monologue for an Africa Magic movie during the lockdown last year and her performance gave her chance to feature in Dede when she went for the audition.

“I have not done many auditions so I was nervous, especially meeting Shirley Frimpong Manso who I admire so much. I channeled my nervousness into performance and I’m happy I didn’t look down on my myself but gave it my best shot.

“It was a big challenge but at the end of the day, I had a positive response from Shirley, she loved my performance and later gave me the script for a role in Dede. I’m happy to work with the likes of Anita Erskine, Joselyn Dumas, Lydia Forson and Adjetey Anang on the same set,” she stated.

Read also: God told me I would one day be President of Ghana – Prince David Osei

Born to a Nigerian mother and a Ghanaian father, Adomaa, whose real name is Joy Adomaa Serwaa Adjeman, said her love for music started at a tender age and she has no dreams of abandoning it.

Showing her active nature on the music scene, the graduate of the Ghana Institute of Journalism is vying for the Record of the Year with Be Your Own Beautiful at the this year’s VGMA. She is up against Adina, Amaarae, Cina Soul, Epixode, Trigmatic, Worlasi and Yaa Yaa.