Not every actress needs a ‘Papa No’- Actress Rabby Bray 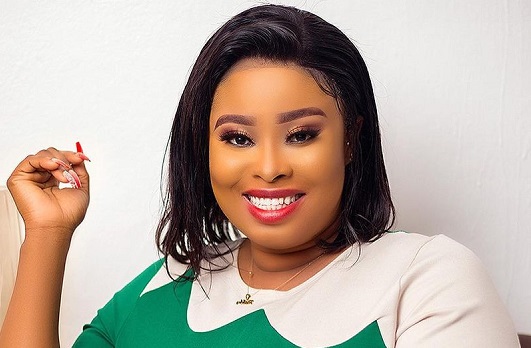 Some years ago, actresses were treated with a lot of respect but these days, call yourself an actress and people will give you all sorts of names such as slay queen, prostitute, sidechick among others.

While there are some who are indeed actresses only in name, for others such as Rabby Bray, who are putting in the work, such negative descriptions are worrying and need to be looked into.

“It is sad that today when you mention that you are an actress, the first thing that comes to mind is slay queen, nudity and prostitution. This has gone on for long and it seems not to bother us but it should because it is not a good thing.

“Acting is a beautiful experience, it is a decent career so just because of a few bad lots, everyone has been classified as the same.

“I know of actresses who are managers and entrepreneurs so why won’t we make that deliberate effort to clear that negative perception. For me, I am speaking up because it is like we are comfortable being labelled as such,” she said.

When asked how she feels about being a victim of circumstances, Rabby replied that “it’s very annoying, I feel so bad because of a few people, we all have been put into a box. For instance, I’m an actor, a producer and also in the corporate world, I work very hard so it is not fair that we are all seen as the same.

“I believe it is time we speak against such negative descriptions. An actress cannot own property without people saying, there is some ‘Papa No’ behind it, not everyone needs a ‘Papa No’ to survive,” the Black Sheep actress said.

Rabby Bray asked players in the industry to make a deliberate effort to dispel negative notions about their craft.

“It is everyone’s business, we all should do something about, whether with our deeds or actions. I mean if we have people who make it look like being an actress is about nudity or showing skin on social media, why won’t we be seen as call girls. This is the same misconception we are selling to the world and they have rippling effects on business.”

She noted this was the reason for her reality show Rabby’s Starlets where she trains and grooms up-and-coming actresses.

“This is why I’m on this initiative Rabby’s Starlets, where we teach actresses what acting is really about, the importance of signing a contract and being innovative. We are equipping them so that they can also help fight this stereotype. Actresses are not prostitutes.”

“Again, we also want to help change the narrative that there is overnight success in the movie industry, the glitz and glamour cannot happen overnight, it takes time, a lot of hard work and dedication.

“We also tell them the truth in the industry, the struggles and challenges and how they should tackle them. I hope that with my little contribution, gradually we can change the narrative,” she said.

Rabby Bray, who started acting about a decade ago but had to take some time off to further her education, said if there was anything she would love to change in the industry, it will be to get good distribution channels for movies and changing the negative perceptions that come with being an actress.

She had her secondary education at the Mfanstsimam Girls Senior High School and obtained a degree in Bsc Administration (Marketing) from the Central University College. Rabby has starred in movies including Flash Fever, Black Sheep, Drops of Happiness, Shadowless, Doctor Love, War Against Woman and War Monger.

Illegal mining: We will burn excavators, take us to court - Minister

3 Establishments receive GH¢10,000 each as startup