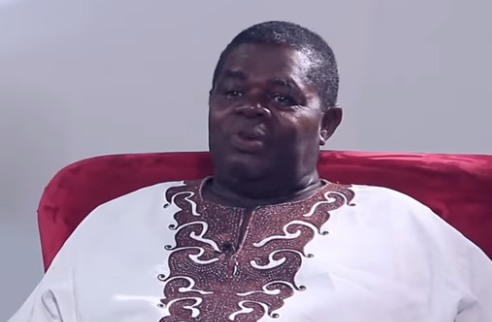 One of the sons of veteran actor Psalm Adjeteyfio, has stated that he couldn't believe his dad had died when he found him unconscious in bed.

Psalm Adjeteyfio passed away on the morning of Friday [April 8, 2022] at his residence at Ayikuma after a long battle with diabetes and hypertension.

According to Ezra Adjeteyfio who spoke to Graphic Showbiz, he was the one who found his father in bed.

“We didn’t know he was dead, I was the one who went to his room to check on him only to find him dead on his bed. I couldn’t believe it but that was the reality,” he said.

“My dad has been battling hypertension and diabetes but it was the diabetes that was really worrying him so I believe that might have been the cause of his death,” he disclosed.

According to Ezra, Psalm Adjeteyfio was 68 years old and left behind four children.

Psalm Adjeteyfio, popularly called TT, got that name from the Taxi Driver series where he played the lead role. He also starred in numerous movies including A Stab In The Dark and A Call At Midnight.

Over the years, he had spoken about his financial woes and how his health had deteriorated because of that.

An appeal he made during an interview with a journalist in 2021 for help to pay his rent went viral and moved many people to support including the Vice-President, Dr Mahamudu Bawumia.

However, he received a lot of bashing when he reportedly came out again asking for support with some people calling him irresponsible.