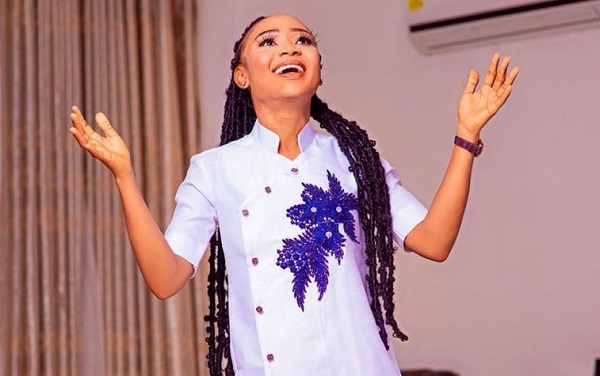 The Court of Appeal has reversed Akuapem Poloo's 90 days jail term and instead slapped her with a GH¢12,000 fine.

The actress, Rosemond Alade Brown, a.k.a. Akuapem Poloo was slapped with a 90-day jail term by an Accra Circuit Court for the publication of nude and obscene material of her seven-year-old son on social media in June 2020.

She was arraigned over the publication of a nude picture with her son, publication of obscene materials, engaging in domestic violence namely a conduct that in any way undermined another person’s privacy or integrity, and engaging in domestic violence namely conduct that in any way detracted or was likely to detract from another person’s dignity and worth as a human being.

She changed her initial plead of not guilty to guilty and the circuit court convicted and sentenced her accordingly.

However, she filed an appeal at the Accra High Court to challenge the 90-day jail term handed her on April 16, 2021.

The High Court dismissed her application and said the sentence handed her by the circuit court was not manifestly excessive.

She applied to the Court of Appeal and the jail term has been reversed and a fine of GH¢12,000 imposed instead.

Graphic Online's court reporter, Justice Agbenorsi reports that the Court of Appeal in Accra instead, imposed a fine of GH¢12, 000 on the convict.

The three member panel of the Appellate court, presided over by Justice Henry Anthony Kwoffie, held that the 90-year jail term was fair.

However, it was the considered view of the panel which also had Justices Bright Mensah and Eric Baah as members of the panel, took into consideration Poloo’s seven-year-old son and the fact that she was a single mother.

The court, therefore, substituted the custodial sentence with a fine.

The sentences are to run concurrently.

In default, Poloo will serve 90 days in prison.

On April 16, 2021, an Accra Circuit Court presided over by Ms Christiana Cann sentenced Akuapem Poloo to 90 days imprisonment for publishing on social media a nude picture of her standing in front of her son.

This was after she had pleaded guilty to the charge of publication of obscene material contrary to the Criminal Offences Act, 1960 (Act 29), engaging in domestic violence, namely, a conduct that, in any way, undermined another person's privacy or integrity, contrary to Section 1(d) (iii) and 3(2) of the Domestic Violence Act, 2007 (Act 732), and engaging in domestic violence, namely conduct that, in any way, detracted or was likely to detract from another person's dignity and worth as a human being, contrary to Act 732.

However, the actress through her counsel, Mr Andrews Vortia, on April 19, 2021 filed an appeal at the Accra High Court [Criminal Court 2 Division] to challenge the ruling of the Circuit Court.

Firstly, she argued that she was a first time offender and therefore the Circuit Court should have considered her plea of guilty as a mitigating factor when imposing the sentence.

Secondly, the convicted actress argued that the trial judge should have imposed a fine on her instead of a custodial sentence.

Akuapem Poloo, also filed an application for bail pending the determination of her appeal.

The actress was admitted to bail in the sum of GH¢80,000 with three sureties.

Justice Aryeetey, who granted Poloo bail ordered her to report to the police every two weeks and also deposit her passport at the court’s registry.

On Wednesday December 1, 2021, the High Court dismissed the appeal filed by Rosemond Alade Brown, which sought to challenge the 90-day jail term handed to her by the Accra Circuit Court on April 16 this year.

Not satisfied with the ruling of the High Court, Poloo went ahead to filed an appeal at the Court of Appeal challenging the dismissal of her appeal by the High Court.