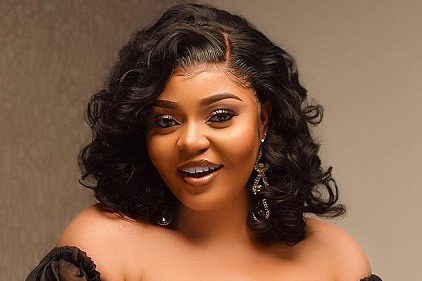 For some players in the Ghanaian movie industry, Nigerian producers were a part of one of the success spells of the industry in the early 2000s.

In their view, the blending of Ghanaian and Nigerian cast and crew on movies was very successful and opened doors for both sides. However, over the years, for whatever reasons, the Nigerians have left the industry for Ghanaian producers.

Actress Gifty Asante is one of those players who believe that the absence of the Nigerian producers has been detrimental to the industry and they need to return although others do not agree with her.

According to her, “in those years, almost all the movies were produced by Nigerians. They had the money and the market as they sold their movies here in Ghana and in Nigeria and the truth is, that helped to push our movie industry to the top.

“They helped Ghanaian actors get exposed to Nigerian audiences because their works were shown there. Nigerian producers such as Ifeanyi Onyeabor and Tchidi Chikere produced a lot of movies. I don’t know why they stopped but whatever the case is, we need them back.

“How many producers can Ghana boast of now? It is actors who have now become producers, I don’t know how things got to where they are today but I will not be surprised if we didn’t make the environment conducive for them to work here and I think we should revisit this.

“We cannot take away the fact that they have the population, and demand for movies in their country is more than what pertains here in Ghana so we are actually at an advantage if they work with us, “she told Graphic Showbiz recently.

When asked if the situation could be tied to regulatory issues, Gifty said, “If that is the case, why not tell them what you want them to do and I am sure they will adhere to it. Which businessman will not want to invest in something that he or she is sure of making returns from?

“What we do not seem to get is that when these producers were working here, it lifted the English speaking movie industry to another level, but when they left us to our fate, Kumawood boomed because they took advantage of the situation.

Read also: I was not happy in my marriage – Portia Asare

“We need them back, the talents are here, we have what it takes and I’m even glad that unlike in previous years, most actors are upgrading their craft. There are some who have gone back to school and have degrees in various fields and this shows that we are growing, so there is no way we should not be doing well in this industry.”

Graphic Showbiz reached out to some Ghanaian movie producers on Gifty’s claims and one of them, Socrate Sarfo said it was far from the truth.

According to him, what the industry is going through now has nothing to do with Nigerian producers. “Anyone who says that doesn’t know what he or she is talking about. The Nigerian producers themselves left because there was no market.

“The major reason why our movie industry has declined is that our market collapsed. People were not buying the movies because they were watching them on TV and then the internet also came in. So why would I produce if when I do, I’m not able to sell to get money to continue,” he stated.

Another movie producer, Pascal Aka also said he did not entirely agree with Gifty because for him, the challenges went beyond producers.

“I believe she has her reasons but there are other things that contributed to where we find ourselves now. We did not pay attention to content, it declined so we lost that bit of good storylines.

Telenovelas also played a major role. Today when you turn on your television, you will see a lot of them.

“Another factor is cinemas; Nigerians have a lot of them so they are able to make their money during screening but in the whole of Ghana, we have just about three so we are not able to take our movies across the country. I think we should not blame anyone but ourselves,” he stated.