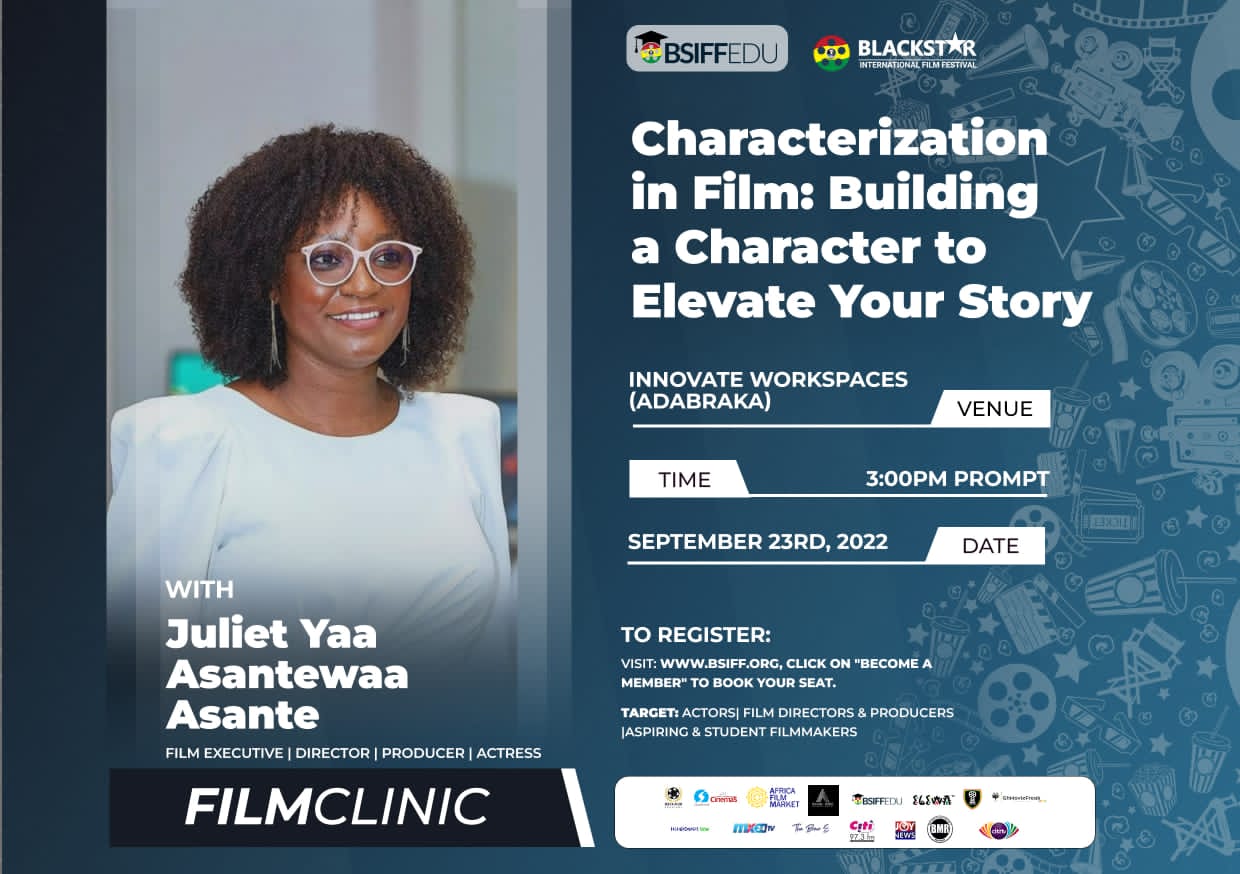 The seventh edition of the Black Star International Film Festival (BSIFF) geared towards building the capacity of young creatives within the global film and creative space will be held from September 21 to September 24, 2022 in Accra.

The skills acquisition and capacity-building workshops, film clinics and masterclasses, will be tailored towards Ghanaian & African filmmakers.

There will be a professional film editing workshop and an intellectual discourse on topics not limited to: The Art of Documentary Filmmaking, Marketing and Branding for Independent Film & Music Artistes, Characterization in Film, Screenwriting, among others.

Furthermore, there will be a panel discussion with expert representatives along the film value chain on the theme, “Inspiring the Business of Film in Africa.” This panel will delve into the strategies needed to build a formidable creative industry with focus on young and emerging creatives into marketable trademarks.

According to Philippa Bentuma Arthur, Director of the Black Star International Film Festival, “these skill acquisition and capacity building sessions will help filmmakers harness and enhance their talents, encourage collaborative action and help to sustain a long-term commitment of stakeholders in the film industry.”

The seventh edition of BSIFF will begin with a media soiree to create a platform for industry professionals to engage the media, deepen existing relationships and establish new working relationships with key players in the industry.

The Festival has also launched a BSIFF Membership drive where BSIFF Members, referred to as, "Black Stars," get to watch all 45 films at the Silverbird Cinema (Accra Mall) and attend all the scheduled activities for free. The annual membership subscription fee is GHC100.