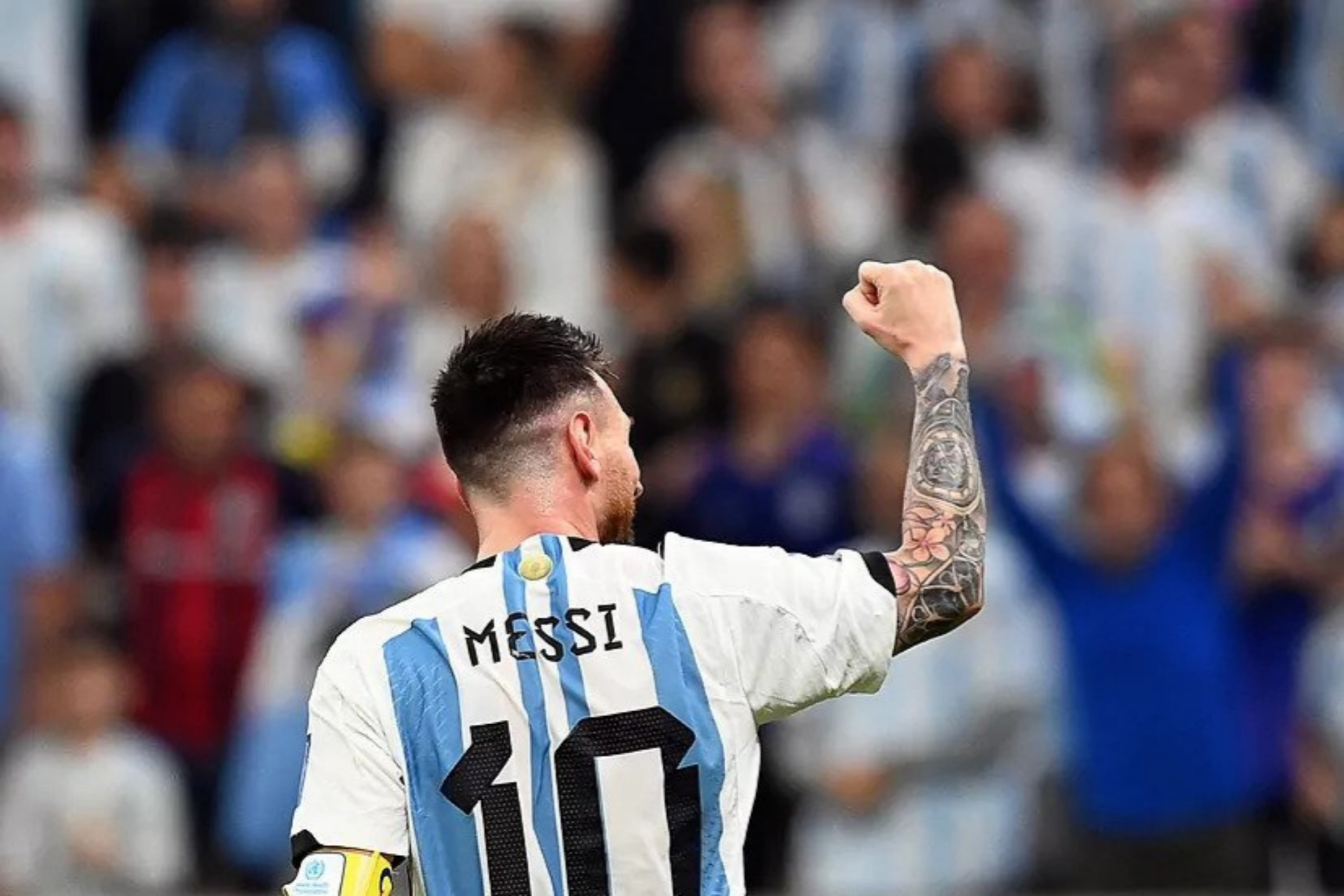 Lionel Messi's first half goal from the spot gave Argentina the lead as they dominated proceedings - before Angel Di Maria doubled their advantage.

Usain Bolt posed in front of a Hublot sign donning an Argentina shirt pre-match as the Jamaican sprinter backed the country to end their World Cup anguish - having last won the trophy in 1986.

Meanwhile, David Beckham, who has landed himself in hot water over the past few weeks owing to his ambassadorial role with Qatar, posed for a photo on social media alongside his son Cruz.

British comedian Joe Lycett, in response to Beckham supposedly accepting money stretching into the tens of millions of pounds, said he would shred £10,000 on a live stream. It turned out that he actually shredded fake money, but released a programme on Friday night investigating various issues with the World Cup.

Read also Drake loses ANOTHER big-money bet after placing $1MILLION on Argentina to beat France in the World Cup final in normal time.

Paul Pogba was also in attendance at the Lusail Stadium as he sought to offer moral support to his team-mates after being one of a number of France stars to be ruled out prior to the tournament owing to a knee injury.

The Juventus midfielder was photographed in a hospitality suite alongside a pantheon of sporting royalty, with Khabib Nurmagomedov also in attendance.

Interlocking arms with the former MMA fighter, Zlatan Ibrahimovic was all smiles as he posed alongside Pogba and the martial artist. To his right was his former boss at Paris Saint-Germain, Nasser Al-Khelaifi.

Also in the picture was tennis superstar Novak Djokovic and former PSG star Javier Pastore, who was there cheering on his compatriots in Argentina.

Elsewhere, Elon Musk was also pictured arriving at the ground ahead of kick off. The owner of Tesla and Twitter posted a video on the social media platform of Messi slotting his penalty beyond the despairing Hugo Lloris.

The Qatar World Cup has been marked by regular celebrity sightings in the crowds, with the great and the good all jetting into the Middle East to take in sport's biggest event.

Gianni Infantino, the FIFA president, declared the tournament the 'best' edition ever prior to the final two fixtures.

He thanked 'all the workers and the volunteers involved, for helping to make it the best World Cup ever'.