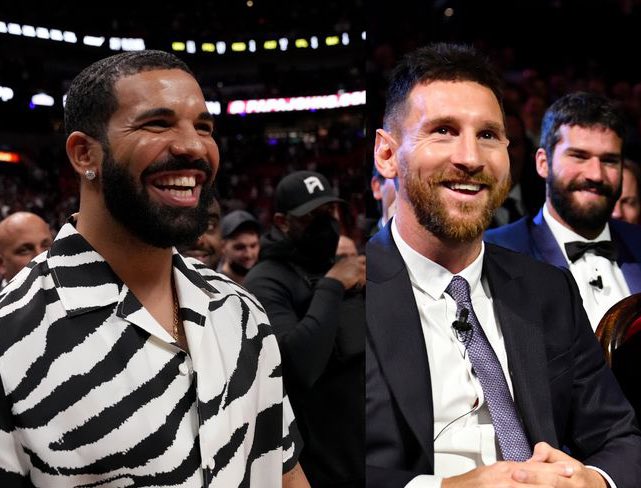 CANADIAN rapper Drake has lost another big-money bet after he placed $1million on Argentina to beat France in normal time in the World Cup final.

Drake's bet failed as the match finished level at 2-2 at the end of 90 minutes at the Lusail Stadium.

Footage emerged on social media of Drake, wearing the kit of Serie A leaders Napoli, declaring his support for Argentina in the World Cup final.

'I'll take Argentina, he'll take France. That will be a vibe,' Drake said in the footage that appears to be filmed in a studio with a friend.

The rapper posted the bet on Instagram. The wager would have given him returns of $2.75million had Argentina triumphed within 90 minutes at the Lusail Stadium.

The Canadian has placed a series of mammoth bets on sporting events in recent months.

He lost over $2 million betting on former UFC champion Israel Adesanya to defend his title against Alex Pereira last month.

Read alsoLiving her dream at the FIFA World Cup... Dora’s moment of glory in Qatar

Arsenal recorded a 1-0 win over Leeds in the Premier League, but Barcelona were beaten 3-1 by Real Madrid.

Drake also wagered $230,000 on Charles Leclerc to win the Spanish Grand Prix this year, only for the Ferrari driver to suffer engine failure.

The 'Drake curse' has been repeatedly cited, with numerous teams and athletes losing an upcoming sporting event after coming into contact with the rapper.

Canada's national team suffered a group stage exit in Qatar without winning a match, shortly after posing with Drake.

Conor McGregor suffered defeat in the UFC after being pictured with Drake, while Anthony Joshua was stunned by Andy Ruiz Jr in their first heavyweight world title fight in 2019.

The same year saw PSG suffer a 5-1 loss to Lille, Sergio Aguero miss a penalty against Tottenham in the Champions League and Jadon Sancho's Borussia Dortmund fall to a 5-0 loss to Bayern Munich.

France headed into the final as narrow favourite and were seeking to retain the World Cup, after winning the tournament in 2018 in Russia but that couldn’t happen.

Interestingly, all eyes were on Messi who, at 35, had one final chance to win the trophy that had evaded him throughout his career and that feat was accomplished tonight.