Asakaa: How drill music found a new home in Ghana 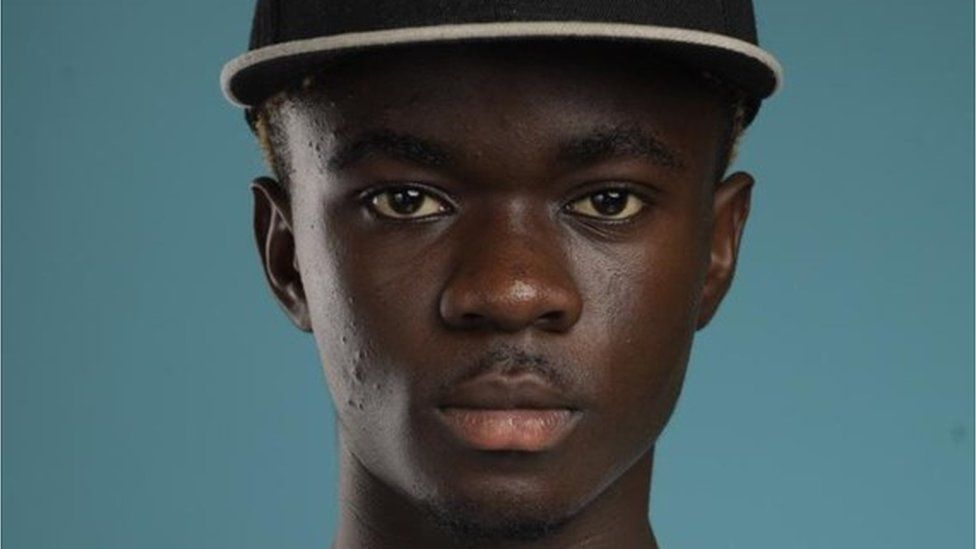 In the middle of a global pandemic a UK-based superstar rapper hopped on a plane to Ghana to collaborate with a schoolboy on a track which exemplifies the latest style of music from Africa. The remix track, Sore, by 18-year-old Yaw Tog and Stormzy has since racked up more than six million views on YouTube.

Asakaa, or Ghana drill, is one of the hottest sounds coming out of Africa at the moment and there are hopes it could replicate the recent global success of Nigerian Afrobeats and South African amapiano.

It sounds like a mix of drill music's hard baseline and US rap combined with the distinct edge of Ghana's Twi language.

One of its supporters was the late Chicago-born Ghanaian fashion designer, Virgil Abloh, according to musician Kwaku DMC.

When the Louis Vuitton menswear artistic director and Kanye West associate saw a video of his asakaa song Suzy on social media, the fashion figure posted it on his Instagram and tagged Kwakwu DMC.

"I woke up in the morning to see a lot of notifications, a lot of messages, like what is going on. Am I being hacked or something?" he recalls. "So I went to my inbox and I saw like, Virgil has tagged me."

Kwaku DMC followed Abloh, who told him the music was "fire" and that he was "very happy to see young Ghanaians putting out such music". He also said he would do what he could to help the music and started sending them clothes and shoes.

Fast-rising rapper Jay Bahd believes asakaa is going to be one of the biggest genres that has ever come out of Ghana, and these hopes are not unfounded.

A music streaming service which focuses on the African market, Boomplay, says tracks by the likes of Yaw Tog and Jay Bahd are in the top 20 most streamed songs.

The genre also has an international fanbase, with 46% of all asakaa streams coming from the UK, US and Germany, according to Spotify.

But it is the use of language that really makes asakaa unique.

"[It] is a soul music, the kind of words we use are really relatable to most of our brothers and sisters here [in Kumasi]" Jay Bahd says.

The name itself is a play on words that seeps through the genre's lyrics.

The word for "talk" in Twi is "kasa", and asakaa comes from saying kasa backwards.

DJ and producer Rabby Jones came up with the word. He was riding in a car at midnight with some other artists in Kumasi, capital of Ghana's Ashanti region. "We put on a drill beat, and Jay Bahd was the one rapping at that time. I just yelled out: Asakaa. It just came up like that and we started running with it," he says.

This reversal of words is peppered throughout asakaa, as a code language for people from Kumasi to understand the true meaning of the lyrics, while not offending more sensitive ears who don't want to hear explicit language, artist Kofi Jamar explains.

He says the genre is all-encompassing and not just about the music: "Asakaa is the way we live, it's a music, it's a movement, it's culture, it's a lifestyle."

Although not an asakaa artist himself, he distinguishes the Ghanaian style from UK drill, highlighting that it is just for fun and does not inspire violence, as many critics accused the British genre of doing.

Asakaa was birthed in the tougher neighbourhoods of Kumasi and has since erupted across the country.

It became a form of expression for local musicians to tell their own tales of struggle, as Yaw Tog did on his hit track Sore, which was a message from the akasaa artist to the critics who thought the genre "won't make it to the top," the rapper says.

Although the genre is known in the West as Ghana drill, that is a label the young artists and producers from Kumasi want to push back on, pointing to how the sound has developed since 2020 and the distinct mixture of Twi language and English in the lyrics.

"They don't really have a lot of understanding about what we do," rapper O'Kenneth says, referencing people in the West who call the music Ghana drill. He even called that label as "boring".

But it is the international interest in the genre that excites the softly-spoken O'Kenneth, who started getting noticed online for his hooks on his collaborative mixtape Straight Outta Kumerica in August 2020. Despite his dulcet tones in real life, on the microphone his voice is explosive and deep. He is fond of his home country, Ghana, but feels more warmly received abroad, and knows the world is his growth market.

Due to the conservative nature of the city of Kumasi, some people in the community did not initially embrace the asakaa sound.

O'Kenneth also noticed that most of his supporters on social media were from the West.

Within Ghana, the genre has certainly blown up after a slow start, but the asakaa artists have broader horizons, and hope for their music to dominate globally, as rapper O'Kenneth says: "Ghana is our home, but the world is our market."