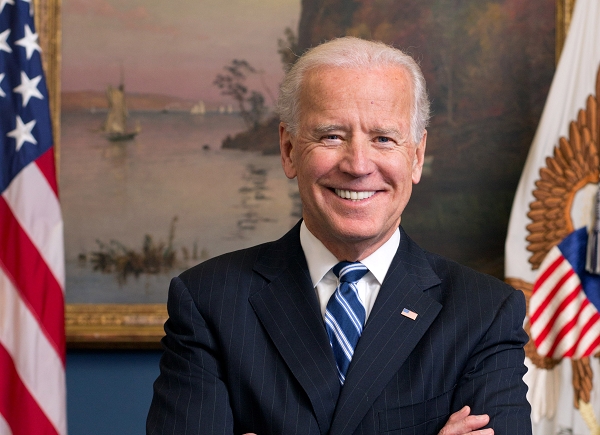 The latest COVID-19 variant should be spelled "Omicron," not "Omnicron".

As the world reacts to the emergence of yet another COVID-19 variant, spellings of the variant dubbed “Omicron” by the World Health Organisation are also mutating.

Over the weekend, social media users and even several news outlets improperly began referring to Omicron — named with a Greek letter, as are the other variants — as “Omnicron.”

In an address from the White House last Monday, even President Joe Biden incorrectly added another “N” to the variant’s name. Nevertheless, Biden assured the U.S. that the Omicron variant was a “cause for concern, not a cause for panic” and urged continued vaccinations for those who haven’t been vaccinated.

A global fervour over the news did indeed break out over the weekend, as many who had been looking forward to a potentially “normal” holiday season were being taken away. But health experts, including WHO, and top U.S. infectious disease doctor, Dr Anthony Fauci, say much information about the variant is still needed — and will be coming.

The B.1.1.529 variant was first reported to the WHO from South Africa on November 24, 2021. The epidemiological situation in South Africa has been characterised by three distinct peaks in reported cases, the latest of which was predominantly the Delta variant.

In recent weeks, infections have increased steeply, coinciding with the detection of the B.1.1.529 variant. The first known confirmed B.1.1.529 infection was from a specimen collected on November 9, 2021.

This variant has a large number of mutations, some of which call for concern. Preliminary evidence suggests an increased risk of reinfection with this variant, as compared to other viruses of concern (VOCs). The number of cases of this variant appears to be increasing in almost all provinces in South Africa.

Current SARS-CoV-2 PCR diagnostics continue to detect this variant. Several labs have indicated that for one widely used PCR test, one of the three target genes is not detected (called S gene dropout or S gene target failure) and this test can, therefore, be used as marker for this variant, pending sequencing confirmation.

Using this approach, this variant has been detected at faster rates than previous surges in infection, suggesting that this variant may have a growth advantage.

Based on the evidence presented indicative of a detrimental change in COVID-19 epidemiology, the TAG-VE has advised WHO that this variant should be designated as a VOC, and the WHO has designated B.1.1.529 as a VOC, named Omicron.

Beginning this past week, travel into the U.S from the eight southern African countries where omicron has emerged is restricted as a precautionary measure. Countries currently restricted are South Africa, Botswana, Zimbabwe, Namibia, Lesotho, Eswatini, Mozambique and Malawi.

Some health officials and public health experts caution that travel restrictions alone may not be effective in controlling the spread of infectious diseases and could even have harmful effects, such as exacerbating xenophobia and deterring countries from being transparent about the state of the virus in the future.

The discovery of a new coronavirus variant sent a chill through much of the world last Friday as nations raced to halt air travel, markets fell sharply and scientists held emergency meetings to weigh the exact risks, which were largely unknown.

A World Health Organisation panel named the variant “omicron” and classified it as a highly transmissible virus of concern, the same category that includes the delta variant, the world’s most prevalent. The panel said early evidence suggests an increased risk of reinfection.

Nations are advised to widen the perimeter of protection through measures such as:

(II) Submit complete genome sequences and associated metadata to a publicly available database, such as GISAID.

(III) Report initial cases/clusters associated with VOC infection to WHO through the IHR mechanism.

(IV) Where capacity exists and in coordination with the international community, perform field investigations and laboratory assessments to improve understanding of the potential impacts of the VOC on COVID-19 epidemiology, severity, effectiveness of public health and social measures, diagnostic methods, immune responses, antibody neutralisation, or other relevant characteristics.

Individuals are reminded to take measures to reduce their risk of COVID-19, including proven public health and social measures such as wearing well-fitting masks, hand hygiene, physical distancing, improving ventilation of indoor spaces, avoiding crowded spaces, and getting vaccinated.

"Excellent science should be applauded and not punished," it said.

The bans were "akin to punishing South Africa for its advanced genomic sequencing and the ability to detect new variants quicker".

The statement added that the reaction had been completely different when new variants were discovered elsewhere in the world.

An African Union official told the BBC developed countries were to blame for the emergence of the variant.

"What is going on right now is inevitable, it's a result of the world's failure to vaccinate in an equitable, urgent and speedy manner. It is as a result of hoarding [of vaccines] by high-income countries of the world, and quite frankly it is unacceptable," said AU vaccine delivery alliance co-chair Ayoade Alakija.

"These travel bans are based in politics, and not in science. It is wrong... Why are we locking away Africa when this virus is already on three continents?"

Africa’s scientists and political leaders should rise up and caution against stigmatisation. If nothing is done, some nations may start prefixing this macabre virus with African countries such as Afro-virus just as we saw in the labelling of the early strand as ‘Chinese Virus’. Such an eventuality would be bad for business, investment, tourism and cultural exchange for the continent of Africa for a long time to come.