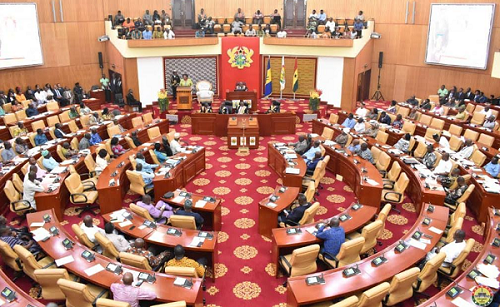 Why is Parliament wasting time on a bill that affects a small percentage of the population? How many people are known to practise homosexuality in this country?

If the bill is passed into law, how would the law be enforced? How can sexual intercourse, an activity that takes place in private be policed?

The law to criminalise homosexuality will do absolutely nothing to promote the wellbeing of Ghanaians.

More importantly, the law would amount to blatant discrimination.

Social psychology teaches that a group of people (usually a majority) can discriminate against another group (usually a minority) only by stigmatising them.

Black people in America and some other majority white countries have been discriminated against throughout history by being labelled uncivilised, backward, unintelligent and even as animals.

I lived in the US for 30 years, having arrived there in 1971 as a teenager. From high school through medical school and the practice of medicine, I suffered all kinds of discrimination because I was black; and I am sure many of the MPs clamouring to pass the bill suffered similar discrimination when they lived abroad.

How did they feel when they were discriminated against for the “crime” of being born black? So, why are those MPs so eager to prohibit people from doing something they consider natural to them because they are oriented that way?

And why are so many people, including all religious leaders, in the country supporting the passage of the bill?

Two reasons usually given by MPs and those who support them to pass the bill are that, first, homosexuality is against Ghanaian culture, and second it is a sin because the Bible says so.

What exactly is Ghanaian culture?

And haven’t we adopted all kinds of foreign cultures? Is Christianity or Islam Ghanaian culture?

Are the MPs and clergy who support the passage of the LGBT bill in support of slavery because the Bible sanctions slavery?

Yes, the Bible does condemn homosexuality: if any man lie with a man as with a woman, both have committed abomination, let them be put to death—Leviticus 20:13.

But verse 10 of the same Leviticus 20 also says: If any man commits adultery, let them be put to death, both the adulterer and the adulteress.

Again, the Bible condemns fornication: Every sin that man does is without the body; but he that commits fornication sins against his own body (1 Corinthians 6:18).

I challenge all MPs who plan to vote for the passage of the LGBTQI bill to stand up in Parliament and swear with their hand on the Bible or Koran that they have never committed adultery, and they were virgins when they got married or are still virgins if not married.

I challenge all religious leaders who support the passage of the bill to similarly swear before their congregations.

If those MPs and clergy cannot thus swear, then they may be adulterers/adulteresses or fornicators. They have no moral right to persecute homosexuals.

He that is without sin, let him first cast a stone (John 8:7)

The writer is a Public Health Physician;

CEO of Partnership for Healthcare Improvement, an NGO. E-mail: This email address is being protected from spambots. You need JavaScript enabled to view it.