There's no better way to bond than DIY - Adekunle Gold 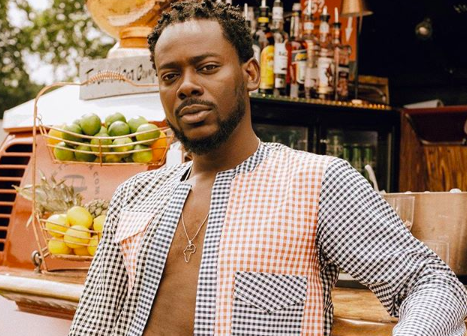 Nigerian artist Adekunle Gold is a new father and has been bonding with his wife Simi as they assemble baby stuff.

This member of Afrobeats royalty - he's literally from a Nigerian royal family - is married to Simi who also has a successful music career.

I caught up with him in Houston, Texas, to congratulate him and Simi on the birth of their first child. So, I asked, have they done a Harry and Megan and decided to leave Nigeria?

"No! We came here before the lockdown and we've been stuck here. But hey, it's cool. Whatever you buy here in America you have to fix by yourself – it’s a DIY country. There's no better way to bond with your partner than fixing all these little things. She reads the manual and I'll be the one to screw and all. It’s been such a lovely time for both of us," he said.

So how is fatherhood?

"I’m loving every bit of it. I'm always composing songs just to make her stop crying. When she starts to fuss and you start to sing or you play music to her she stops. I think she likes it," he said.

Adekunle Gold is also in the process of giving birth to a new album. He's previously been loyal to the Highlife music that has been his major influence, but there’s a clue in the name of the new work – Afro Pop.

"About two years ago my ears started to grow, I started to listen to a lot more genres outside of mine - Caribbean artists, pop artists… [I realised] I was kind of limiting myself melody-wise. That's not to say that what I did before was not great but I just wanted to do something different."

And, funnily enough, Something Different is the name of the first song he dropped from the album.

Simi has had success with her song Duduke, written to her unborn daughter when she was pregnant.