Overcoming critical implications of our population 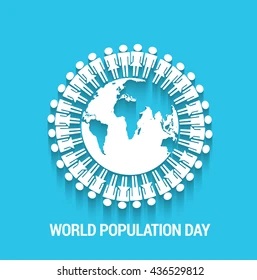 World Population Day was marked last Sunday. This is an annual global event instituted by the United Nations and marked on every July 11 to focus global attention on the urgency and importance of population issues to global, national and human development.

“Prioritising rights and choices: Harnessing opportunities; the road to a resilient future for all,” is the theme Ghana chose for this year’s commemoration.

It was derived from the global theme, “A world of eight billion: Towards a resilient future for all; harnessing opportunities and ensuring rights and choices”, to mark the United Nations Population Fund’s campaign.

This was also to draw people’s attention to the fact that the world’s population has to be managed effectively in order to ensure improved and sustained quality of life for all.

Indeed, celebrating World Population Day is very important and significant as population experts agree that the annual addition of 700,000 to the country’s population poses a huge challenge to sustainable development. An uncontrolled population, undoubtedly, has multiple implications for any country and Ghana cannot be an exception.

For Ghana, which is precariously hanging in a lower-middle-income status, the World Population Day must be used to draw the attention of the general public to some of the critical implications of uncontrolled population growth such as structure and distribution.

Ghana has, over the years, played a leading role in sub-Saharan Africa to champion the importance of population in development planning.

This is demonstrated in the country being one of the first in sub-Saharan Africa to promulgate a comprehensive national population policy in 1969 which was revised in 1994.

However, in spite of the efforts it has made in the integration of population into development planning, there are still challenges that have to be addressed, considering that population issues permeate all sectors of our lives as a developing nation.

These involve how resources are mobilised for the effective implementation of programmes to improve the economy, education, health and the environment to promote development.

Additionally, as we celebrate the day with the focus on harnessing opportunities and ensuring rights and choices, we should reflect on how our own country’s population has grown from a small figure of 6.7 million in 1960 to 30.6 million in 2021.

With the current growth rate of the population, there are obvious implications for all the sectors of the economy. There is therefore the need for the country to reduce its population growth rate to controlled levels that could enhance sustainable socio-economic development.

It is thus imperative that we take a critical look at some of the issues resulting in the bulge. These include high rates of teenage pregnancy, high levels of child marriages and the 30 per cent unmet need for family planning. These factors have further put a strain on limited national resources.

We must reiterate the need to tackle family planning head-on because there can never be any meaningful planning for sustainable growth without planning the family.

It is common knowledge that family planning is not just for the well-being of families but is also key to national development as it prevents unwanted pregnancies that produce the high numbers of child mothers who, together with their children, are highly dependent without any employable skills.

We note conversely that the high rise in the population, made up of mainly the youth, also presents demographic opportunities, but we think the country has to do more to harness that dividend.

The Daily Graphic also thinks the country must sustain its policy on education and encourage our children to take their education seriously as it helps increase the age that people enter into marriage, as well as empowers especially girls to take decisions on their sexuality.

Fortunately, over the years some progress has been made. Fertility has declined from a high of over six births in the 1960s to around four currently. Life expectancy has also steadily increased to a little over 60 years.

These are positive pointers that we can achieve other objectives we set for ourselves if there is a will.

Our hope is that the commemoration of World Population Day will sustainably provide another important opportunity for stakeholders to be well informed and also be able to consider the necessary intervention programmes to address the critical implications of our population for our development in order to further improve the quality of life of the people.