Feast of sacrifice virtue to uphold 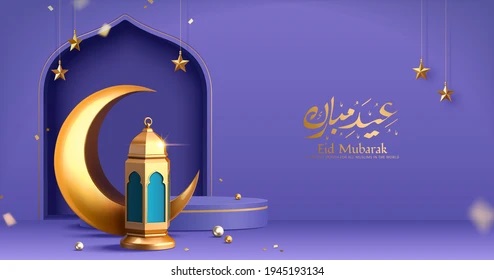 Ghana on Saturday, July 9, joined the rest of the Muslim community across the globe to celebrate Eid-ul-Adha, the feast of sacrifice.

As a follow-up to the celebration, today has been declared a public holiday in honour of our Muslim brethren and to give them the opportunity to share pleasantries with one another in the spirit of sacrifice.

Eid-ul-Adha, as a major festival in the year celebrated by Muslims all over the world commemorates the willingness of the Prophet Ibrahim to sacrifice his son, Ishmael, in submission to Allah’s command before he was stopped by Allah.

During the feast, Muslims re-enact Ibrahim’s obedience by sacrificing a cow or ram and eat with their families and share the rest with the poor and needy.

In Ghana, in spite of the drastic shooting up of prices of livestock, the Daily Graphic learnt that some Muslims were ready to manage some money to buy the animals for the all-important festival (Daily Graphic, Saturday, July 9).

For us at Daily Graphic, these calls for sacrifice are in the right direction, especially in our country which is determined to fast-track development and live peacefully with one another in the midst of economic challenges.

Sacrificing for us - both Muslims and non-muslims - means we must all give our best at our various households, mosques, churches and workplaces, in spite of the prevailing challenges in the country.

We do not doubt the fact that we are not in normal times as the whole global community is currently grappling with economic difficulties which have partly been the outcome of COVID-19 health crisis and the ongoing Russia’s invasion on Ukraine. It is thus imperative that we all work harder to ensure that the economy bounces back.

The call for sacrifice also behoves us to preserve the prevailing peace and stability of this country. We are aware of terrorist threats to not only our neighbouring countries but also our own country, Ghana.

For this reason, we are all expected to be highly vigilant and also ensure that we report suspicious activities and persons to the rightful authorities to deal with them.

That is the more reason why we must all support the “See Something Say Something” campaign recently launched by the ministries of National Security and Information,

Whilst celebrating the feast of sacrifice, it is important we work to preserve the peace and safety of our country. It is also a call on all, especially the youth, not to allow themselves to be used by these terrorist organisations to disturb the peace and stability of the nation.

Ghana is the only country we have and any attempt to destabilise the current peace we are enjoying would be catastrophic for everybody. The scenes of war-torn regions around the world; diseases, hunger and malnutrition; the inhumane conditions under which victims of war live, the abuse of the fundamental rights of war-ravaged areas, among many others, must prompt us to safeguard the peace and tranquillity of our nation.

We reckon that during celebrations of this nature, the youth, especially, ride motorcycles and bicycles dangerously on our highways and streets and this often leads to accidents in which people sustain varying degrees of injuries, some of which maim the victims for life, with a lot others losing their lives. The Daily Graphic is appealing to the youth to desist from such dangerous acts as it does no good to the society.

Nobody should get hurt in a beautiful festival of this nature.

We are also worried that often, the youth block some major streets during such celebrations with some going to the extent of burning tyres in the middle of roads. These acts deny other road users the opportunity to access the roads. We should desist from them and come up with better forms of celebration. Eid -ul-Adha is worth celebrating and as an important festival on the Islamic calendar we at Daily Graphic take this opportunity to wish all Muslims in the country a happy Eid-ul-Adha.