New towing system win-win for all 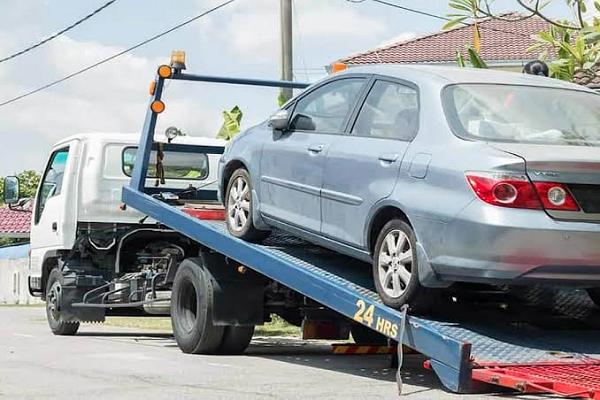 The Ghana Private Road Transport Union (GPRTU) has, in collaboration with the Road Safety Management Services Limited (RSMSL), introduced a new digital vehicle towing policy and an electronic ticketing platform to ensure the speedy removal of breakdown vehicles from our roads to prevent crashes.

It is quite refreshing that at last a headway has been made to remove stationary vehicles from our roads through the new towing policy and the ticketing platform.

Even without any evidence or scientific proof, it is a well-known fact that breakdown and stationary vehicles account for many of the road crashes in the country.

However, following Parliament’s decision to pass a law in 2012 to enforce a mandatory annual towing levy for all vehicle owners in 2017, a coalition, comprising the National Union of Petroleum Tanker Drivers (NUPTD), the Chamber of Petroleum Consumers – Ghana (COPEC), the Ghana Committed Drivers Association (GCDA), the General Petroleum and Chemical Workers Union (GPCWU), the Industrial and Commercial Workers Union (ICU), the Movement for Social Justice (MSJ) and the Progressive People’s Party (PPP), was formed to resist that move.

According to the coalition, the Road Traffic Act, 2004 (Act 683) and the Road Traffic Regulations, 2012 (L.I. 2180) were enough to sanction drivers who left their vehicles or trailers in dangerous positions on our roads.

Nonetheless, barely four years after the implementation of the towing law had been resisted, the public clamoured for the reintroduction of the mandatory towing levy for breakdown vehicles, but with the government playing an active role in it, in view of the upsurge in the carnage on the roads.

It is in the light of this that the Daily Graphic sees the joint towing policy signed on August 1, 2022 as a step in the right direction, as it will help reduce road crashes. We laud the GPRTU and the RSMSL for their collaboration to ensure that breakdown vehicles are promptly removed from the roads to stop the needless deaths.

We believe that there is ample time for vehicle owners to prepare for the policy, which takes off from October, to mandatorily subscribe to the RSMSL mobile application and pay annual fees ranging from GH¢50 to GH¢500, depending on the vehicle type, after a successful pilot in the Greater Accra, Ashanti, Central and Upper East regions.

Also, the electronic ticketing system, which allows for the personal data of prospective passengers to be taken prior to departure from transport terminals, is a very laudable idea.

Apart from making it possible for passengers to buy tickets online, the manifest will also provide information to the GPRTU and families of passengers on whether passengers boarded particular vehicles, in case of any eventuality, just as pertains in air travel.

But while we do not dispute the assertion by the General Secretary of the GPRTU, Godfred Abulbire, that the GPRTU was the largest transport operator, controlling about 85 per cent of the private transport space, we wonder what will happen to the remaining 15 per cent of transport owners who do not belong to the union.

Notwithstanding the reporting system that has been incorporated into the system to enable passengers and members of the public to call the RSMSL to report the incidence of breakdown vehicles for prompt action, there are also vehicle owners and commercial drivers who do not belong to any group and prefer to operate individually.

How do we ensure that the vehicle towing identification card becomes a requirement for the operations of such people? We need to find ways to make it mandatory for them to sign on as well, in order to holistically protect lives on the road.

The Daily Graphic urges the GPRTU to involve its guards and the Motor Traffic and Transport Department of the Ghana Police Service to be clothed with the power to inspect the cards of the commercial drivers.

That said, the general travelling public ought to be sensitised to the towing system to guide their use of transport services, while the system must also incorporate owners of private vehicles which also break down on our roads.

Let us ensure that every district at least has one towing centre to make the system effective.