MMDCEs must stay in their districts 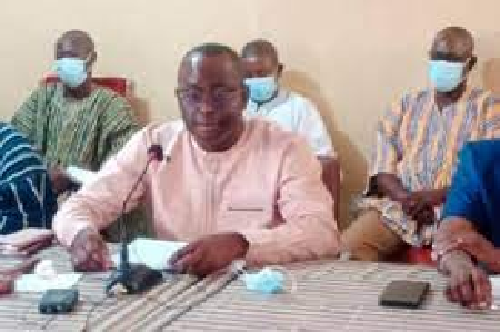 The Upper West Regional Minister, Dr Hafiz Bin Salih, recently gave a directive to municipal and district chief executives (MDCEs) in the region to endeavour to stay in their respective jurisdictions for the effective delivery of their mandates.

The directive came against the backdrop that some of the MDCEs lived in the regional capital, Wa, and shuttled between that place and their respective jurisdictions on a daily basis.

This development is most worrying and we can only hope it does not cut across the country.

Clearly, this cannot be the best practice.

If, as representatives of the people at the local level, MDCEs do not want to stay with the people they are supposed to lead and serve, what sort of leadership are they providing the people?

Are they suggesting that they cannot and should not be equated with the people?

The problem in the Upper West Region may not be the only case, as it can be worse in some jurisdictions where government appointees will put up executive mansions in the national capital or other prime areas, with the view to demonstrating that they are of a different class.

The worse thing is that in commuting between the regional capitals and their districts, the cost has to be borne by the assemblies in one way or another.

Such resources could have been used to provide some basic needs for the people in the communities.

When our political leaders begin to detach themselves from the people, how do they strike rapport with traditional and religious leaders and the people, who are key stakeholders in the development of their areas.

Such is the situation that when such appointees, including Members of Parliament, fall sick, they go outside their jurisdictions for medicare, not only for themselves but also members of their families.

If such appointees appreciate the health challenges confronting the people, they must work to improve upon health facilities in their areas.

We do recall that during the Graphic/Zoomlion sanitation campaign in Dambai, the Oti Regional capital, the Regional Minister, Mr Joshua Makubu, challenged the people to find out if their district chief executives and MPs had used any of the health facilities in the region before.

He also challenged them to trace such DCEs and MPs to the big cities to find out if they lived in filth.

The Daily Graphic wishes to remind all politicians, especially political office holders, that the day of reckoning will always come for them to account for their stewardship.

It should not be the case that when the time comes, they will be found wanting.

Most governments have failed to deliver on their mandates because of the attitude of their appointees, who think they are above God the moment they receive their scrolls of office.

Our institutions must work, and they can effectively deliver on their mandate if leaders at whatever level relate well with the people and other stakeholders to seek their support and co-operation.

Decentralisation is a critical part of Ghana’s governance system which has been given backing by the 1992 Constitution.

Chapter 20 of the Constitution makes MMDCEs representatives of the President in their jurisdictions and, therefore, chief development officers.

How can they discharge their constitutional mandates and also seek the interest of their people if they do not live within the localities and feel the brunt of under-development affecting those areas?

The Daily Graphic supports the call by the Upper West Regional Minister for MDCEs to stay in their jurisdictions and endeavour to deliver on their mandate.

We must join in the campaign to get our MMDCEs to stay with us in our communities, interact with us to know the real challenges confronting us and help us overcome those problems.

When such politicians fail to identify with us, we must show them the exit.

They cannot be using the few resources meant for the entire community for their personal aggrandizement.