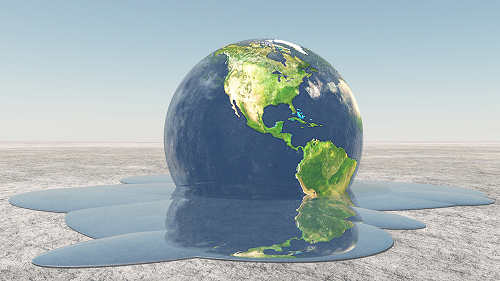 The United Nations global conference on Climate Change has come and gone. The Conference of Parties (COP26), which began in the Scottish city of Glasgow two weeks ago, was accompanied by drastic warnings from the scientific community of an escalating climate crisis.

Delayed by a year because of the COVID-19 pandemic, COP26, which ended yesterday, must keep alive a target of capping global warming at 1.5C above pre-industrial levels, a limit scientists say will avoid its most destructive consequences.

By all standards, COP 26, co-hosted by the United Kingdom (UK) and Italy, was a well attended forum which saw many world leaders, including President Nana Akufo-Addo, participating.

Addressing the world leaders and delegates at the forum, President Akufo-Addo spoke the minds of developing nations. He said poorer countries were disappointed by the failure of the wealthy nations to honour their commitment of providing US$100 billion to assist in the fight against climate change.

This call is not only appropriate but long overdue. This is because Africa, which is the least of the contributors to this phenomenon, responsible for less than four per cent of the global volume of carbon emissions, sadly suffers the most because its agrarian and resource-driven economies are peculiarly susceptible to the effects of climate change, and its capacity to withstand its shocks is weak.

According to President Akufo Addo, Ghana acknowledges the importance and effect of climate change and the urgent need to combat it. In the light of this, he acknowledges equally the importance of developing our country through a balancing act that maintains our social, economic and environmental imperatives.

COP 26 is over, but we want to commend the organisers for a successful summit which brought together almost 30,000 delegates, ranging from non-governmental organisations (NGOs), businesses to journalists, lobbyists, negotiators and protesters from more than 200 nations.

What is worrying, however, is that for nearly three decades, the UN has been bringing together almost every country on earth for the ‘Conference of the Parties’. In these decades, climate change has gone from being a fringe issue to a global priority with no end in sight.

That is why the outcomes reached at COP 26 cannot be taken lightly. We need to accelerate action on climate change and commit to more ambitious cuts in greenhouse gas emissions, all in an effort to limit global temperature rises, progress on finance for nations most vulnerable to climate change and to address the issue of loss and damage in developing countries. This is the time for collective action on how countries plan to reach the all-important goal of capping global heating at 1.5 degrees celsius. There is also the critical need for countries to accelerate the phasing out of coal and subsidies for fossil fuels.

A key sticking point was climate finance at the close of the summit and this was the money promised by richer countries to poorer countries to fight climate change. It is controversial because developed countries are responsible for most greenhouse gas emissions, but developing countries see the worst effects of climate change.

This is where the Daily Graphic will expect the global community to work to implement all the outcomes reached, since many a time such engagements only turn out to be a mere talk shop and it is only remembered for its niceties.

First and foremost, we must show greater commitment to what has been agreed upon and this must start from the developed or Western nations who account for 80 per cent of the global pollution as well as Russia, China and India who are also considered as coal pollutants of the world.

Anything short of this will not be in the interest of the global community in dealing with the climate change challenges. We do also hope that the developing economies, when they receive the money, will also use it to fight climate change. At the end of the day, we are all seeking to make the world a safer and secure place to live in and we can achieve this goal with concerted effort, where each country plays its part. We dare not fail today’s generation and that of tomorrow in this fight to overcome the worrying global climate change menace.