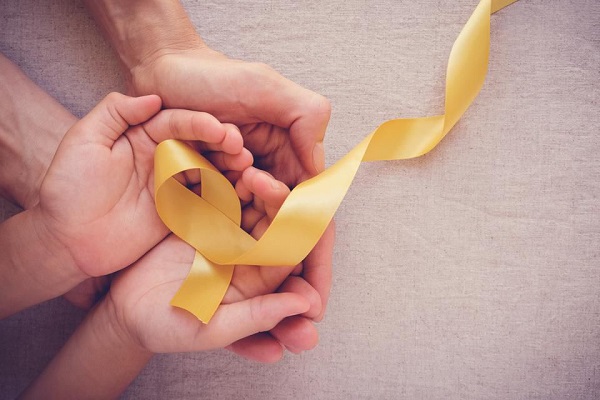 The month of September is commemorated as Childhood Cancer Awareness Month.

The period, which is symbolised by a gold ribbon, is used to reflect on the particular challenges that children with cancer, as well as their parents, face.

During this month, cancer organisations involved in supporting children with cancer and their parents raise awareness of the disease and resources to reduce the burden of cancer on children and their families.

The commemoration has its roots in the United States of America, where October was initially proclaimed as National Cancer Awareness Month in 1992. Later in 2010, September was declared the month for the commemoration and the creation of awareness of childhood cancer.

Throughout the month, campaigns, fundraisers, research initiatives and other special events shine the spotlight on cancer among children.
Childhood cancers are noted to take many forms — from blood disorders to various types of tumors and rare genetic diseases.

Some forms of cancer are mainly or exclusively seen in children, and that is something highlighted by the awareness month.

Regardless of the condition, supporting cutting-edge research and promising treatment help make for a future where families won’t face the trauma of their children being diagnosed of childhood cancer.

The Mirror has learnt that the disease is one of the causes of childhood mortality worldwide and leading cause of death in children in high-income countries and a growing number of middle-income countries.

Childhood cancer is devastating to growth and development in children, and to their families and friends too.

This is because their illnesses are not diagnosed; they are often forced to abandon treatment due to the high cost, and the health professionals entrusted with their care lack specialised training.

The Mirror is, therefore, happy that in September 2018, the World Health Organisation (WHO) announced a new effort — the WHO Global Initiative for Childhood Cancer — with the aim of reaching at least a 60 per cent survival rate for children with cancer by 2030.

We also share in the concern raised by the WHO Director-General, Dr Tedros Adhanom Ghebreyesus, that “Too many children have their lives cut short by cancer, and survival rates in poor countries are scandalously lower than those in wealthy countries.”

The paper is concerned about the suffering that parents of children with cancer endure as they watch their children go through all that pain.
We are also concerned about the pains parents go through, trying to explain to children what is happening to them and answering the resultant questions on life and faith. Worst of all is the loss of a child to cancer, a devastation that can never be put right.

The Mirror is also aware of the study on the impact of the coronavirus disease (COVID-19) on childhood cancer, which was originally published

by CancerNetwork.
We add our voice to the call for the methods by which childhood cancer treatment delivery is approached during crises to be reassessed, as treatment interruptions and delays are anticipated to affect patient outcomes in those otherwise largely curable disease settings.

In view of the COVID-19 pandemic, therefore, and the effects it is having on nations, organisations, individuals, especially children suffering from cancer, and their parents, we call for some support systems to be put in place to help families in the treatment of their children.

We suggest that some measures be instituted to make such children or patients have quick access to available treatment, with the necessary medications.

The Mirror further adds its voice to other calls on governments and international bodies to provide support for the treatment and management of childhood cancers.