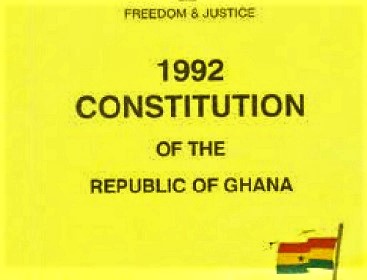 When the country decided to embrace democracy and adopt a new constitution in 1992, after almost two decades of military rule, the expectation was to do away with rule by strong individuals and rather build stronger institutions.

However, the 1992 Constitution turned out to be the tool for the allocation and entrenchment of excessive powers to one person – the Executive President.

There is a school of thought that argues that Ghana needed a strong Executive President at the time to unite all factions to help the smooth transition towards democracy.

Thirty years after the promulgation of the 1992 Constitution, many scholars, constitutional experts and jurists have made clarion calls for the curtailment of the excessive powers of our Presidents. To them, the exigencies of 1992 that made giving excessive powers to the President necessary no longer existed.

Our Presidents are so powerful, to the extent that the Majority Leader, Osei Kyei-Mensah-Bonsu, describes the office as a monarchy with unrestrained, unmatched and unlimited powers.
To put it into perspective, all natural resources and public lands are vested in the President, while the President is vested with the power to appoint ministers, district chief executives, chiefs of the security agencies, commissioners of constitutional bodies, justices of the Supreme Court and boards of statutory bodies.
The 1992 Constitution also grants the President the power to pardon prisoners, approve any death penalty and assent to laws passed by Parliament.
Although there are checks and balances to prevent the President from becoming a dictator, institutions such as Parliament have let the President off the hook due to our nature of politics which places loyalty to political parties above loyalty to the nation.
“This is a monarch created by the Constitution. The President is so powerful that the rest of us hold him in awe, and if he strays, it is difficult to talk straight to him,” the Majority Leader said during a forum organised by the Institute of Economic Affairs (IEA) recently.
During a similar forum organised by the IEA, a former Commissioner of the Commission on Human Rights and Administrative Justice (CHRAJ), Justice Emile Francis Short, made a strong case for the curtailment of the excessive powers of the President, especially in relation to appointments.
He argued that the excessive and unrestrained appointing powers and influence granted to Presidents under the Constitution had created a winner-takes-all environment in the democratic dispensation.
The Daily Graphic agrees with the Majority Leader and the former Commissioner of CHRAJ that the excessive powers granted Presidents needed to be looked at through a constitutional review.
However, we must understand, as a nation, that merely curbing the powers of Presidents, without making Parliament, the Electoral Commission and other constitutional institutions stronger would be an exercise in futility.
While making moves to curb the powers of Presidents, we must agree to make constitutional bodies and institutions truly independent by providing them with the needed resources to be able to stand up to provide the necessary checks and balances.
Without strong, independent and well-resourced institutions, even Presidents with limited powers will still continue to be extremely powerful.