Use Vodafone, AirteltiGO to spur liquidity on GSE 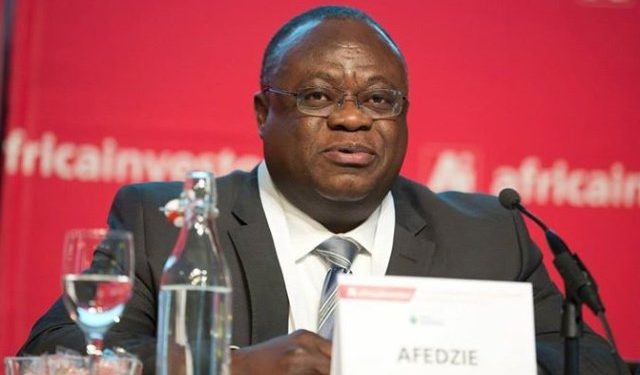 The Ghana Stock Exchange (GSE) has bemoaned the illiquid nature of the local market and called for concerted efforts to help drive up liquidity to generate more wealth for Ghanaians and businesses.

After 30 years of existence, the Managing Director of the GSE, Mr Ekow Afedzie, said it was disturbing that liquidity, which referred to the rate at which shareholders traded shares on the bourse, was still around one per cent when its peer frontier markets were enjoying about five per cent liquidity.

He blamed the development on minimal listings and low activity on the bourse.

Addressing a press briefing on the 30th anniversary launch of the GSE on November 12, Mr Afedzie said while the management of the exchange was working to improve upon the situation, the government could also help by facilitating the listing of blue chip companies, including Vodafone and/or AirteltiGO, on the bourse to help spur liquidity.

He made the appeal directly to the Minister of Finance, Mr Ken Ofori-Atta, who graced the event.

In the past, Mr Afedzie and his predecessor, Mr Kofy Yamoah, had appealed to the government to facilitate the listing of key state-owned enterprises (SoEs) and other blue chip multinational companies (MNCs) on the GSE to help deepen the market.

While repeating the appeal, the MD, who has been with the exchange since its inception in 1989, said the outcomes of the listing of MTN Ghana on the bourse gave credence to the position that getting MNCs to list on the GSE would help improve its fortunes.

He said the offer raised the biggest amount in the exchange’s three-decade history, increased the market’s capitalisation by more than 15 per cent and now accounted for about 70 per cent to 80 per cent of the liquidity on the GSE.

He said the company also had the highest number of shareholders of more than 100,000 and was the first to allow shareholders to purchase shares with mobile money in Africa.

“MTN is the heartbeat of the stock exchange as we speak. So, Mr Minister, maybe, you should get Vodafone or AirteltiGO too here so that we will double the liquidity in the market,” he said.

His latest appeal comes at a time when the government is in discussions with majority shareholders of AirteltiGO to buy them out of the company, which is the third biggest telecommunications service provider at the moment.

Mr Afedzie said although the equity arm of the exchange had enjoyed strong growth in the past, it had recently suffered from the economic malaise, resulting in its composite index (CI) registering negatives.

He, however, explained that evidence abound that the market would bounce back next year to impress investors and listed firms.

The MD added that in spite of the challenges with the equities market, the bond market as “phenomenal,” with trades totaling about GH¢40 billion since 2015 when the Ghana Fixed Income Market (GFIM) was established.

He said by that performance, the bond market had outperformed the equity market in spite of being established five years ago.

“For this year, we have traded GH¢5 billion already, with the highest being in October. That has made us the third most active bond market in sub-Saharan Africa (SSA),” he stated.

Mr Afedzie said the establishment of the exchange 30 years ago ushered in a culture of investment that had since enjoyed tremendous growth.

He said the culture led to the creation of wealth and an avenue for companies to raise long term capital to grow.

The GSE MD said he was delighted that more Ghanaians were beginning to take keen interest in equity investors and expressed the hope that more people would utilise the bourse to build wealth.