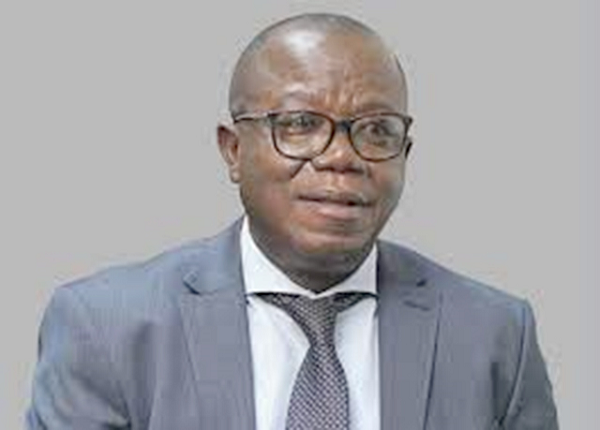 The Ghana Revenue Authority (GRA) has stated categorically that the planned taxing of online services consumed in the country was neither a new tax nor another version of the controversial electronic transactions levy (E-Levy).

The authority added that the collection of value added tax (VAT) on ecommerce starting from April 1, would also not apply to businesses that were registered and operating in Ghana but sell their goods and services online.

In what is expected to bring to rest, the calls for clarification due to some uneasy calm among the business community, the tax collection and administration body explained that the VAT on E-commerce was the operationalisation of a nine-year-old law that imposed ‘E-commerce tax’ on non-resident businesses and entrepreneurs earning revenue from the country but did not currently pay taxes.

It said the tax applied to companies such as Google, Facebook, Instagram, LinkIn, Facebook, Amazon and WhatsApp, as well as betting and gaming companies that were generally based outside Ghana but earn revenue from the country through services rendered to residents and businesses within the jurisdiction.

The Commissioner of the Domestic Tax Division (DTRD) of the GRA, Mr Edward Appenteng Gyamerah, said in an interview last week that because the firms did not have physical presence (PE) in the country, the traditional tax laws could not apply to them, making it possible for those businesses to escape the tax net.

To help address this, Mr Gyamerah said the VAT Act (2013), Act 870 imposed VAT on the said businesses to ensure that persons and institutions that provided digital services for use and enjoyment in Ghana also paid tax.

The Commissioner of DTRD, however, explained that GRA had been unable to ensure compliance with the law due to lack of relevant tools to, among other things, monitor the transactions of the companies for the purposes of applying the VAT.

He said the said tools, including a portal for the non-resident businesses providing services for use and enjoyment in Ghana to register and pay the tax, had been developed, paving the way for the roll-out from April.

Mr Gyamerah said the companies had already started registering with the authority on the portal after various discussions on the modalities of the tax had been held.

He disclosed that the authority was aiming to collect GH¢2.7 billion from the VAT on E-commerce in the next eight months.

Out of the amount, he explained, GH¢1.7 billion was to come from the betting and gaming firms, with the remainder estimated to accrue from the E-commerce service providers.

The Digital 2022 Report, a global report that tracks developments in the digital space found that annual spend on online consumer goods purchases rose to $3.98 billion in 2021.

The report, released in February, also indicated that $62.11million was spent on video downloads in the country last year.

Mr Gyamerah called on Ghanaians to support the GRA to implement the tax as it was necessary to ensure that companies that profited from Ghana and its citizens paid the required tax.

He said under the current situation, non-resident businesses that provided digital services for use and enjoyment in Ghana were not paying taxes to the country.

Instead, he said such businesses took the taxes to their home countries, something global tax bodies and the likes of the Organisation for Economic Cooperation and Development (OECD) abhorred.

He added that the digital economy, of which E-commerce was a critical part, was an emerging sector that tax authorities across the world were grappling with; hence, the need for Ghanaians to support the GRA to make the VAT on E-commerce a success.

He said it would ensure that the money that Ghanaians and resident businesses spent on gaming, betting and online service providers not resident in the country were taxed to fund development.