Mr John Saka Addo, a former Governor of the Bank of Ghana, Mrs Stephanie Baeta-Ansah, founder Managing Director of HFC Bank, and Dr. Kobina Quansah, first Ghanaian Managing Director of Barclays Bank were honoured at the awards night. Mr Addo,  who is currently the Chairman of Prudential Bank, started his banking carrier at the Bank of Ghana as a Probationary Officer ( officer trainee)  in 1958 after graduating  in Economics from the  University of Ghana, Legon.


He started Standard One in 1939 at Accra Royal School's Annex at James Town. It was there he wrote an entrance examination and gained admission to Accra Academy.

According to an article  published by the Junior Graphic in May 2007 by Augustina Tawiah  Mr Saka Addo  had four years secondary education and two years teacher training at Achimota School and the then Achimota Training College respectively.

Besides his books, J.S. Addo was also involved in sporting activities such as soccer, hockey and cricket for his house, Cadbury.

Ms Tawiah’s report further stated that after Achimota Teacher Training College, Mr Saka Addo taught at Accra Royal School for four months in 1951. In January 1952 he was invited by the late Mr Attoh Okine, a former teacher at Achimota School to assist him establish a new secondary school at Dormaa Ahenkro in the Brong Ahafo Region.

He was there from 1952 to 1953 teaching English and Mathematics before he left for further studies at the University of Ghana, Legon

Mr Addo  was among the few brilliant economists employed by the then newly established Bank of Ghana in its formative years to Spear head the economic agenda of the new independent country.

Due to his exceptional competencies, commitment and discipline, Mr Addo  rose very quickly in the bank and held various and sensitive  positions. This included Secretary to the Board of Directors in 1963, Executive Director in 1965 and Deputy Governor in 1968. A feat he achieved within 10 years.

Mr Addo achieved the ultimate in 1983 when he became the Governor of the bank, a position he held till 1987.

His appointment  to the position of the  Governor of the Bank of Ghana in 1983  came at a time when country  needed someone of his  stature to help navigate the challenging economic quagmire that the country was passing.

As the Governor of the Central Bank, he was a member of the eight-member Technical Team that formulated and implemented Ghana's Economic Recovery Programme including the IMF/World Bank Structural Adjustment Programmes from April 1983 to December 1986.

Mr Addo was instrumental in the establishment of the Stock Exchange of Ghana which has helped to mobilise long-term investment funds and broaden the frontier of the financial landscape.

He was the Alternate Governor of the World Bank for Ghana at the annual meetings of the IMF and the World Bank in 1983, 1984, 1985 and 1986; Chairman of the Technical Committee which prepared the report for the establishment of the Stock Exchange in Ghana, 1986/87; Chairman of the Technical Committee that recommended the devaluation of the cedi in 1971; First Vice President of the Association of African Development Finance Institutions (AADFI) Abidjan, 1975 to 1976; President of the Ghana Institute of Bankers for about 12 years from 1965 to 1977.

Prior to becoming Governor  Mr Addo was appointed  appointed Chairman and Managing Director of the National Investment Bank  (NIB) in 1973.

It was during  his  tenure of office that the National Investment Bank was converted into a full Commercial Bank in 1978 to enable the bank diversify its operations and risk structure and gain the advantage of mobilising low cost funds from the public. 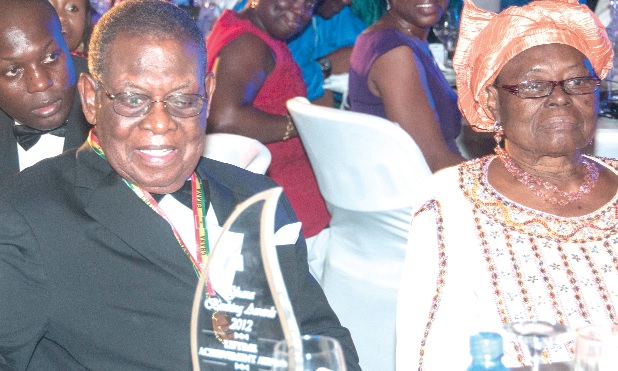 On retirement from NIB Mr Addo set up a consulting firm, Messrs J. S. Addo Consultants Ltd.,  and continued to offer services to the banking system in Ghana and abroad. As a consultant, he lectured at the Training School of the African Development Bank in Abidjan, Cote d’Ivoire.

He also provided consultancy services to small and medium scale enterprises until he was appointed Governor of the Bank of Ghana in 1983. Mr Addo was very instrumental in the restructuring of the rural banks and preparation of the feasibility report culminating in the establishment of the ARB Apex Bank.

As a management consultant and Executive Chairman of Messrs J. S. Addo Consultants Ltd, Mr. Addo consulted for many other institutions including: CIMAO Lome, UNIDO, and the World Bank.

Mr Addo has never forgotten his roots. His non-governmental organisation, Old Accra Conservation and Development Association (OACADA) is very much involved in the renovation of heritage sites in Accra including buildings such as the Ussher Fort Prison and the Brazil House.

His contributions to the development of the Gas was   recognised when in 2005, he was elected unopposed, to represent the people of the Greater Accra Region on the Council of State.

Mr Addo is married to Mrs Ida Amatechoe Addo (nee Laryea) and they have four children.