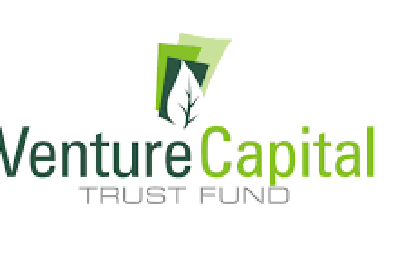 The General Manager of the Venture Capital Trust Fund, Hamdiya Ismaila, has called for reforms in the country’s financial sector to enable it to lend more support to Small and Medium Enterprises (SMEs).

She said the biggest challenge Ghana faced was a lack of what she described as “a very robust financial delivery system.”

“Our financial services sector is debt focused, everything in Ghana is about credit but the needs of really building businesses goes beyond credit.”

So, we need a well-diversified financial services industry that could support anything from start-ups to early stage, to grow businesses and to mature business. And if we do not have those types of financing available, we probably will not be able to be self-sufficient,” she said at the third in the series of the Graphic Business/Stanbic Bank breakfast meeting in Accra yesterday.

It was on the theme, “Living Within Our Means, an Imperative for Economic Success.”

Ms Ismaila noted that the missing link in the current structure of the economy was finance and that most of the efforts have focused on the government borrowing to do certain things - expenditure is high and most of the money is being used to do infrastructure that does not really have return.

Therefore, she said to be able to increase our tax revenues, create more jobs and build resilience around the economy, there was the need to invest and be able to finance small businesses.

“We need to widen the tax net because we have a very limited number of people in the tax bracket in terms of Pay As You Earn (PAYE).

Ms Ismaila said to be able to move even up to about 10 million on tax pay roll, there was the need to finance businesses that could create jobs.

“Currently, most of the businesses we are financing are creating jobs outside Ghana because the more you are importing, you are actually exporting manufacturing outside and which implies that you are creating jobs somewhere else.”

“And it is because you are not having the right kind of financing to support the right kinds of business to grow and to develop and to create the jobs,” she said.

Speaking on “Achieving Self-Sufficiency, Role of the Private Sector,” the President of the Association of Ghana Industries (AGI), Dr Humphrey Ayim-Darke, noted that the structure of the economy was still very focused on the export of primary products dating back to the precolonial era, with most of the raw materials from the extractive sector for instance, still exported in its raw state.

He said Ghana used to export gold, timber and cocoa and today, it has moved from gold, cocoa and oil, still in their raw stage.

“Over 60 per cent of those exported are still in the raw state and as long as you do that in the raw state, you cannot be sustainable in terms of revenue streams that will meet the various needs and wants of your country.”

“So, the limited resources as a result of the precolonial structure becomes a hindrance and, therefore, becomes challenging to live within our means,” he said.

According to Dr Ayim-Darke, who is the Chief Executive Officer of the RedMoon Resources Limited, the uneven distribution of wealth gives rise to a lot of pressure that leads to rural urban migration which then brings a lot of social pressure in terms of pro-poor interventions, infrastructure and various concerns on central government.

Again, he said the number of liberalisation programmes have exposed the country and the structure of the economy, and led to diversification of state-owned enterprises and informality.

“The extent of informality has led to low income, low taxation, low skills and many more. So, once these are the growth path of the economy, sustainability becomes a challenge because the value addition process is limited and ramifications continues,” he said.

Consequently, he called for a well-defined national plan to address these issues.