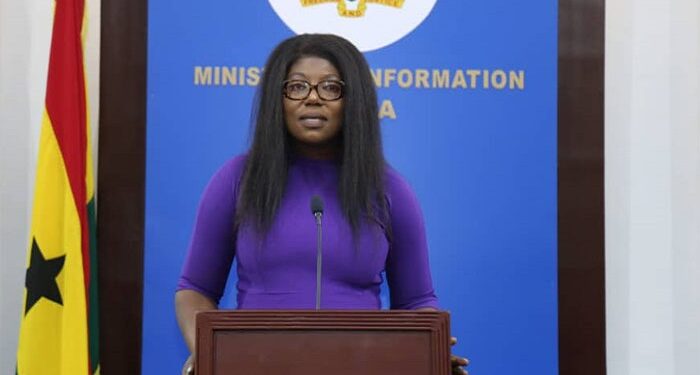 The contempt case filed against the management of the Ghana Trade Fair Company Limited (GTFCL) by its former tenants over the demolition of their structures has been dismissed by the Court of Appeal.

The tenants of the demolished structures condemned the exercise and accused Trade Fair Company of failing to give them ample notice.

Management of Trade Fair has for some time now stated its intention to revamp the facility to restore the once vibrant trading hub to its hay days.

The contempt cases was dismissed by the Court of Appeal on Monday, June 8, 2020.

The Court of Appeal ruled in favour of the Chief Executive Officer (CEO) of the Ghana Trade Fair Company Limited, Dr Agnes Adu and her team following the demolishing exercise which led to the pulling down of some business structures on February 16, 2020 at the trade fair site.

According to officials from GTFCL, their actions was in accordance of a High Court Ruling made on February 12, 2020 which allowed them to demolish those structures.

The Court of Appeal in its ruling stated that the tenants had not proved “beyond a reasonable doubt” that the Chairman and CEO of GTFCL had committed contempt as alleged and as such dismissed the tenants’ case.

The ruling therefore paves the way and gives the GTFCL the nod to go ahead with the planned redevelopment of the stretch of land belonging to Trade Fair.

The Board of Directors have now succeeded in vacating all tenants from the premises of the GTFCL.

Meanwhile, Dr Adu has already hinted of plans to attract US$2 billion in private investment to develop the Trade Fair into a destination of preference for organisers of conferences and large-scale events.

The redevelopment plans include the building of a new five-star hotel.

The GTFCL defended the demolition exercise that took place at the Trade Fair Centre in Accra which led to the pulling down of some structures.

The lifting of a court injunction, which many tenants claimed not to be aware of, paved the way for the exercise.

The affected tenants had earlier secured a court order to prevent the Trade Fair Company from continuing with the exercise which started in May 2019.

Contrary to the tenants’ claims that they had not been given an eviction notice, the GTFCL said it had informed all of them about an upcoming redevelopment project and gave them a mandatory six-month notice on July 10, 2018, for them to vacate the site.

Even before that, GTFCL had served them with a written notification three years ahead of the six-month notice.

Despite the expiration of the tenancy agreements, GTFCL said it has been cooperating with the businesses with the aim of finding the least disruptive means to achieving the goal of redevelopment.