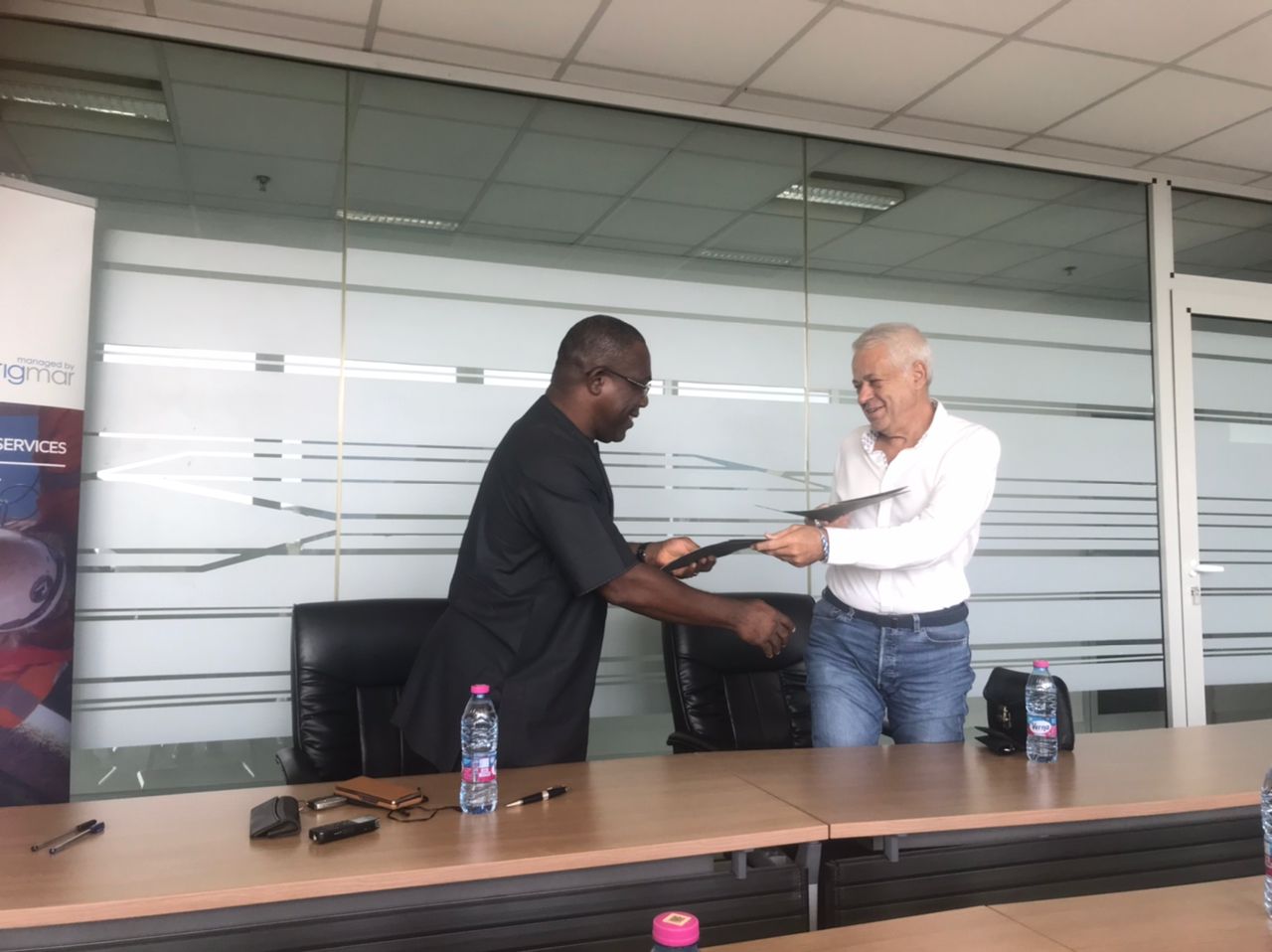 Prime Meridian Docks Ghana Limited has signed an agreement with Manteniship Spain S.L. for the provision of ship repair services to the Spanish ship management company.

Under the agreement, Prime Meridian is expected to provide vessel repair and maintenance services to ships under the management of Manteniship.

The services to be provided include painting, electrical, pipe fitting, steel and carpentry, as well as the supply of ship spares and parts.

The signing of the agreement follows ongoing works by Prime Meridian to construct a $120 million world-class ship repair services facility at the Takoradi Port.

The Chief Executive Officer of Prime Meridian, Mr Stanley Ahorlu signed on behalf of his company, while the CEO of Manteniship, Mr Jesus Rabadi Sambar also signed for his company.

Speaking at the signing ceremony, Mr Ahorlu, said the signing of the agreement was of great importance to both companies.

For Prime Meridian Docks, he said the agreement enables it to secure the business generated by vessels in Manteniship’s fleet.

“With budgets of up to $6 million annually, the revenue potential from servicing these vessels goes to significantly reducing market risk and improve the project economics for the new shipyard.

“For Manteniship, the fact that the new shipyard will be in the Gulf of Guinea means that their vessels will have access to a cost-effective high-quality yard along their trading route and they can therefore avoid long and expensive deviations in search of repair and maintenance,” he stated.

He said this development would also contribute positively towards enabling the ship owners lower their carbon emissions.

Mr Ahorlu said the shipyard project in Takoradi would offer the market quality of service, competitive pricing, and proximity.

He said the project would also help create jobs for the teeming youth of the country.

Providing some details on the project, Mr. Ahorlu said the shipyard development project would comprise of dredging, reclamation, and the construction of a 200 meter long and 20 meter wide jetty, as well as quay length of approximately 500 meters.

He added that the site would also have about 20,000sqm in paved operational areas within its concession area located in the Takoradi Port.

“Other key elements include the newbuild of a 13,500-ton lift capacity floating dry dock to be built in China. This floating drydock will be capable of servicing ships with lengths of up to 230m and widths up to 32.4m,” he stated.

Cut down of financial cost

For his part, Mr Jesus Rabadi Sambar said the company was responsible for the operations and technical management of over a dozen vessels including VLCCs, tankers, gas carriers, bulk carriers and fishing vessels.

He said the company was optimistic that the agreement would help them cut down on the financial cost in going to Europe or Asia to repair and maintain their ships.

“Moving a ship all the way to Europe or Asia is very costly. With this agreement, Manteniship would reduce the cost of deviating from trading routes to procure repair and maintenance services, he said.

Mr Rabadi also noted that the agreement would improve and enhance efficiency in the operations of the company since it would optimize the turnaround time for vessels to reload and head to their destinations.