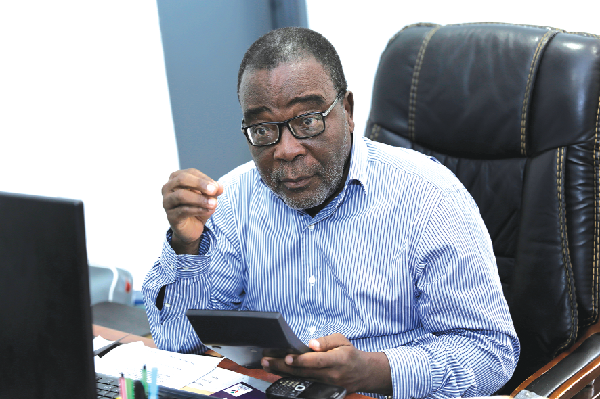 The Petroleum Retailers Association (PRA) is demanding an upward review of profit margins to enable them to stay in business.

According to the association, made up of 3,300 members, the revision should be as early as possible and as frequently as the market forces determined.

Speaking to the Daily Graphic in an interview in Accra, the President of the PRA, Mr Emmanuel Martey Commodore-Mensah, said the margin was currently 3.3 per cent for each litre of petroleum product sold.

“If nothing is done, we will speak the language only the authorities will understand.

“Imagine waking up one day to hear all 3,300 fuel retail outlets in the country have shut down. That will be a national security issue and we certainly do not want to get there,” he cautioned.

Mr Commodore-Mensah said one out of every three retail outlet currently operated at a loss due to the low margins which dropped from 4.57 per cent in February 2017 to 3.3 per cent this year.

“Even the margin for last year was not enough and it is not getting any better,” he lamented.

Asked which entity the plea was directed at, Mr Commodore-Mensah replied: “Although we are in an era of deregulation, the National Petroleum Authority (NPA) is still calling the shots.

“The NPA should give guidelines on the review of margins in the downstream petroleum sector to keep businesses from collapsing,” Mr Commodore-Mensah said.

The PRA president noted that a retail outlet sold an average volume of 250,000 to 300,000 litres of petroleum products a month, translating into GH¢45,000 gross margin.

“This gross margin is what is used to pay workers, pay insurance, taxes, maintain facilities, buy personal protecting clothing and other gears, pay electricity, water and settlement of loans among other expenditure,” Mr Commodore-Mensah stated.

Mr Commodore-Mensah said Oil Marketing Companies (OMCs) also had a major role to play in the review of margins but acknowledged that they also faced challenges.

He expressed the hope that the government would step in to address all issues holistically.

Turning to some unhealthy practices in the petroleum downstream sector, Mr Commodore-Mensah said about 70 per cent of OMCs were operating as retailers contrary to the law, saying such illegal operations made it possible for them to keep both the margins of OMCs and retailers.

“So far, it is GOIL, Vivo (Shell) and Total which still have retail outlets. Most of the new OMCs double as retailers, which shouldn’t be the case,” the PRA president stated.

He charged the NPA to do more to bring OMCs operating illegally as retailers to book.

Last week, the OMCs across the country were struggling to survive due to high taxes, diminishing profit margins and activities of illegal fuel smugglers.

The association of OMCs said they had already sent a distress call to the government in May 2017 that more than 4,000 workers they employed risked losing their jobs if the government did not act to save their businesses.