Not all doom and gloom: COVID-19 presents opportunities 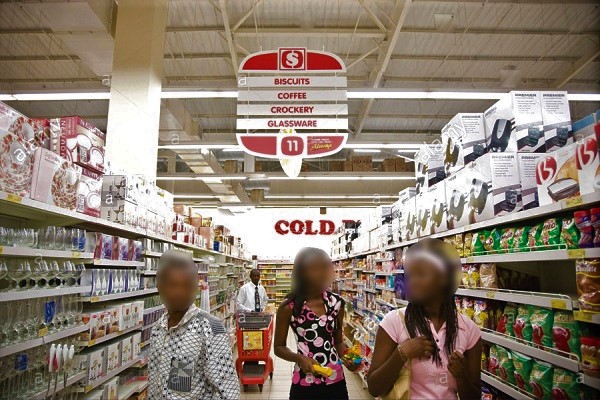 Under the circumstance, meeting in grocery shops present a danger, hence the opportunities
30.5k Shares

The world is under siege. COVID-19 is wrecking havoc and for the first time in the history of mankind, the whole world has been hit by a virus which spread is so simple yet can be deadly in the long run when people get infected.

Presently, the number of infected persons has risen to 16 in Ghana as of Friday, March 20, and this is expected to rise to more than 40 by the end of the weekend.

COVID-19 presents serious challenges because the world economy is presently in recession, forcing many countries, including Ghana, to announce drastic measures to mitigate the impact on the economy.

Subject to further reviews anytime soon, the Bank of Ghana (BoG), last Wednesday, announced a raft of measures including a drastic cut in its baseline policy rate from 16 per cent to 14.5 per cent in a bid to mitigate the negative impact of the outbreak of the COVID-19 disease on the economy.

The 150 basis point drop in the rate is hinged on the latest inflation reading for February 2020 which is estimated at 7.8 per cent, unchanged from January 2020.

The forecast for inflation is also expected to remain within the target band for the next quarter.

After its first Monetary Policy Committee (MPC) meeting in Accra yesterday, also noted that the primary reserve requirement had been reduced from 10 per cent to eight per cent to provide more liquidity to banks to support critical sectors of the economy.

“This effectively extends the previous targeted reserves for small and medium scale enterprises (SMEs) under the enterprise credit scheme to all critical sectors.

“The capital conservation buffer (CCB) for banks of 3.0 per cent is reduced to 1.5 per cent.

This is to enable banks to provide the needed financial support to the economy.

This effectively reduces the capital adequacy requirement from 13 per cent to 11.5 per cent”, the statement said.

These, among many other things, tells the extent to which the disease is set to unleash its venom on the economy.

It is true that every misfortune is a blessing in disguise. Surely, some have already taken full advantage of the situation and are cashing in on the pandemic to make super-abnormal profits.

In many instances, there is a complete shutdown of states and provinces and to a large extent countries, all in a desperate move to contain the spread of the virus.

With news about the government taking more radical measures in view of the rising numbers, the phenomenon presents a genuine opportunity for people to make money.

For instance, there are many grocery shops all over which easily get crowded just because many are fond of engaging in panic buying.

So what about a locally developed app to get people to download and make their orders? What about the Okada guys coming together to properly organise to do the delivery.

Take the United States, as an example, which is under shutdown, grocery delivery apps have recorded a significant surge in downloads between March 13 and March 15, according to data from Analytics Company Apptopia which showed an increase apparently related to panic buying as the number of COVID-19 cases go up.

On March 15, alone, Instacart was downloaded more than 30,000 times, a 218 per cent spike compared with average daily downloads in February.

The mobile app of Retail Company Target also racked up in terms of downloads, with the number soaring to more than 50,000 on 15 March, up by 98 per cent.

“This makes sense as shoppers want to come into contact with less people, but still need to accumulate supplies and groceries to hunker down during a period of intense social distancing,” Blacker pointed out.

Apptopia stated the market for delivered meals in the US had started to cool, which Blacker connected to the realisation “consistently ordering delivery is both expensive and, quite frankly, not as safe as cooking meals in your own home”.

The US Centers for Disease Control and Prevention (CDC) said the number of cases of Covid-19 was growing across the country, totalling 1,629 by 13 March.

Mobile gaming was another app category which recently saw a significant surge, with global numbers of downloads rising by nearly 40 per cent in February, Sensor Tower data showed.

In Africa, not much has been heard in relation to innovative ways of making the people enjoy their lifestyle without pressing the panic button while maintaining the preventive measures.

Apart from governments throwing in pieces of information on what to do, there aren’t proper steps to get the situation put under control.

This is the time the telcos in Ghana have to start something.

They are offering free data to their subscribers which is a positive sign and much as they should be urged to do more, the opportunity is stirring in our faces.

While at it, there is the need for the services, when developed, to be made reasonably cheaper for the average people to be able to patronise.

Let us not lose sight of the fact that, like the President said, “These are not normal times” and, therefore, we must be one another’s keeper because the disease is no respecter of persons.