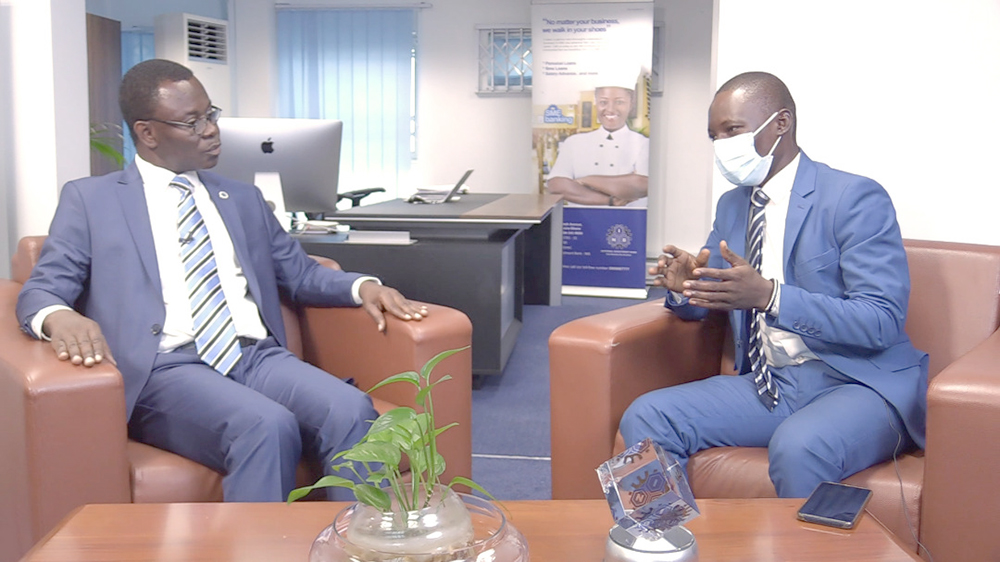 The Managing Director of the National Investment Bank (NIB), Mr Samuel Sarpong, has said that the board and management of the bank will anchor the ongoing reforms on robust structural and behavioural changes to ensure that gains chalked up do not derail in the medium to long term.

He said as part of the reforms, the policies, regulations, the staff strength and their expertise, and the work culture in the bank were being revamped to create strong pillars on which a reformed NIB could thrive.

He said the reform process was such that "every part of NIB is being touched" to create a solid institution that could champion national development.

In addition to putting in place strong corporate governance policies, the NIB MD said: "I have also empowered the staff and indicated to them that they should be the custodians because anything that happens to the bank affects their livelihoods."

"I have asked them not to, basically, allow management to do whatever they want so that the bank is never again ran down," Mr Sarpong said when he took his turn on the Daily Graphic and the Graphic Business' specialised programme on banking and finance, Banking & More.

Mr Sarpong, who joined the NIB in May last year, was commenting on how the board and management intended to sustain the current reforms for the gains to last.

Read; . We are not guilty - Duffuor, Asiama, Amoabeng, others deny collapsing banks

Explaining further, he said, new staff had been recruited to augment existing ones as part of the transformation agenda.

"Another key thing that we are working on is the policy that governs the bank and we have policies right from the board constitution, which used to be the board charter, all the way to the board committees, the risk appetite, the liquidity management, and all that.

"So, we have all these policies that we have developed and are also developing," he said.

"It is not only developing the policies that matters but we have to embed them and make sure that the staff live it and that is part of the work that we are currently doing," he said.

A former staff of the GCB Bank, Mr Sarpong, was recalled from retirement to lead the revival of the NIB, which the Bank of Ghana said had a capital deficit of GH¢2.2 billion and had been posting losses in recent times.

He retired from GCB Bank where he held various positions, including Chief Transformation Officer and Chief Operating Officer, in May 2017.

He said he was passionate about turning troubled entities into viable ones and expressed the hope that the NIB job would become one of his success stories in that regard.

"When I got the call from the Minister of Finance asking if I wanted to do national service at NIB, I said yes."

"We have a plan to turn it around and it can be done easily; I am confident about that," he said, noting that the bank would soon move from a loss making lender to a profitable bank contributing significantly to national development.

He said measures put in place since his coming on board had started yielding results, noting that the bank's challenges with liquidity had been addressed successfully.

"The new board and the management have actually understood the issues; we have put in place solutions to stabilise the bank; we are managing the balance sheet well, cutting cost, going after those who owe the bank and putting in place good governance practices," he explained.

Meanwhile, the government has injected GH¢800 million into the bank to help close its capital deficit and boost its operations to support the national industrialisation agenda.

The injection of funds, which is in the form of a bond issued to the bank earlier in August this year, is part of efforts to make the bank compliant with the Bank of Ghana’s (BoG’s) requirements on minimum stated capital for banks and also make it more competitive.

The amount was the first tranche of capital that the bank required to meet its regulatory capital requirements.

Mr Sarpong said the management was now working to monetise the bond after which it would be converted into equity for the recapitalisation to happen.

When successful, the bank would be GH¢1.4 billion shy of meeting the BOG’s minimum capital requirement of GH¢400 million.