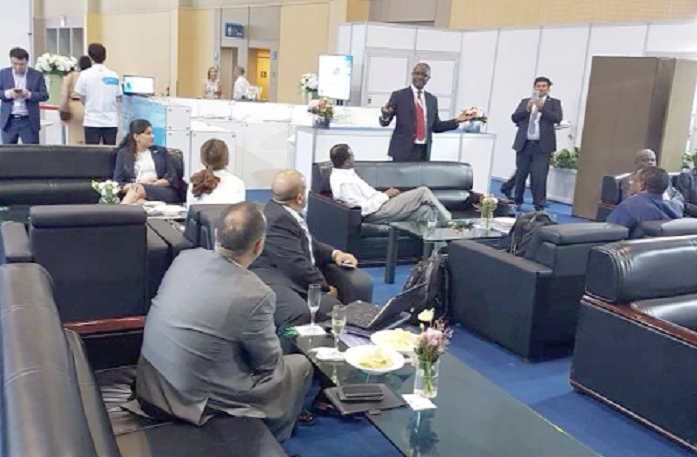 Several companies have come forward and want accreditation to test electronic equipment abroad before they are shipped to Ghana.

At least two South Korean-based laboratories made enquiries about testing for Digital Terrestrial Television (DTT) receivers earmarked to be imported from South Korea to Ghana. One of the companies, Dt&C actually requested for the procedure to apply for accreditation to do so.

Dt&C is a global electronic, electrical and ICT equipment testing company that tests a wide range of equipment for both industrial and domestic use. The company already has footprints in Africa, the Americas, Europe, Asia, the Middle East and the Oceania, and intends to test equipment such as televisions and decoders per NCA Type Approval standards before those equipment are even allowed to leave the ports of South Korea to Ghana.

The Deputy Director for Engineering at NCA, Mr Edmund Fianko, who led the NCA team to the ITU Telecom World 2017 in Busan, in an interview said kind of interest shown in the NCA’s Type Approval standards, may not be a direct investment into Ghana but will help the NCA to save cost.

He explained that there are three categories of tests on DTT receivers – electromagnetic compatibility (EMC) test, radio frequency (RF) test and the service information and programme specific information test.

He added that there is some local capability to do in country audit, which is to perform selected tests locally but other tests need special labs and capabilities.

Mr Fianko said upon NCA’s analysis, it has been observed that the business case does not support the establishment of a specific lab for those tests locally so the NCA would rather leverage existing labs abroad, particularly because most of the equipment to be tested are manufactured in those countries all the same.

“This has a positive side because it helps the country to save cost and invest that money in supporting consumers acquire receivers and or supporting local assembling of receivers instead of using the money to build testing lab,” he said.

Mr Fianko, however, stated that before a lab was accredited to do Type Approval testing on behalf of the NCA, that lab itself was tested to ensure it has the capability in terms of the equipment, set up, personnel, processes and procedures required to meet the Ghana-specific standards.

“We would often require that the lab submit a comprehensive report of its capabilities per our requirements and based on our level of satisfaction we would either visit the lab or check for ourselves before accreditation, or issue the accreditation before a physical check, particularly when it is well known lab,” he said.

Mr Fianko said the NCA has accredited a number of such labs abroad to do testing on its behalf in specific countries and so the Korean one comes as a welcome news.

Meanwhile, also at the ITU Telecom World, Special Advisor to the Somalian Minister of Communications enquired from the NCA how to establish an industry regulatory body and make it work like the NCA does.

Somalia is now in the process of establishing a communications industry regulatory body and they had penned down Ghana, and for that matter the NCA, as an example they would like to learn from.

Mr Fianko said the NCA team also got the opportunity to share some of the initiatives taken to improve the telecom industry in Ghana and make it investor friends with several visitors to the NCA stand.

Some of those initiatives include mobile number portability (MNP) that gives consumers choice, regulations on unsolicited electronic communication, digital broadcasting migration and others.

Meanwhile, some visitors also offered to sell some monitoring solutions to the NCA.

Ghana is being represented at the ITU Telecom World by a team led by Deputy Minister of Communications, Nenyi George Kojo Andah, and the team comprise of the NCA, National Information Technology Agency (NITA), Ghana Investment Fund for Electronic Communication (GIFEC), GCNet, Wireless Applications Service Providers Association of Ghana (WASPAG) and the Bank of Ghana. — GB