More than half of workers are poor - ILO report 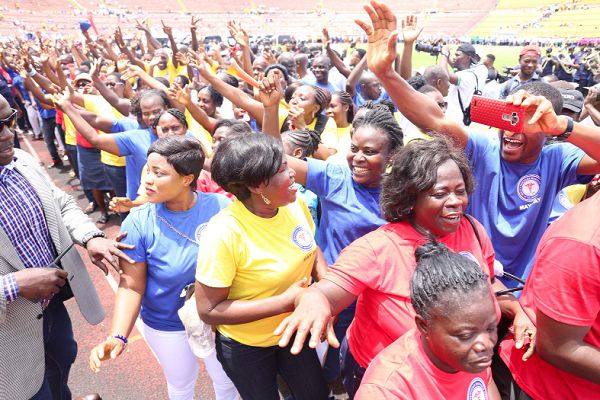 Significantly, 140 million out of the 234 million workers living in extreme poverty across the world are in sub-Saharan Africa (59.8 per cent). Follow @Graphicgh

A report on the low level of wealth and its highly unequal distribution in Africa shows that 53.9 per cent of workers in Africa live in poverty, compared to Asia and the Pacific with a working poverty rate at 18.8 per cent and considerably smaller.

This means the daily per capita income in a household in the region is below US$3.20.

The report by the International Labour Organisation (ILO) on “World Employment and Social Outlook: Trends 2020” states that an estimated 85.8 per cent of African workers are informally employed.

Consequently, on the average they have limited access to social security and few or no rights at work and they tend to be employed in low-productivity jobs offering comparatively low wages.

Market challenges
According to the report, labour market challenges will become even more pronounced in the coming years since the working-age population is growing strongly, and which makes both the pace and type of economic growth in Africa inadequate.

“The projected increase in Gross Domestic Product (GDP) growth from 2.8 per cent in 2019 to 3.7 per cent in 2020 is a positive development. Strengthened private consumption, sustained investment in infrastructure and rising oil production are key drivers in that respect,” it stated.

Nevertheless, economic growth is far too limited to improve the livelihoods of people significantly because of the region’s strong population growth. GDP per capita grew by a mere 0.3 per cent in 2019, and it is projected to grow by only 1.2 per cent in 2020.

This is a major reason why 35.9 per cent of workers in the sub-region were living in extreme poverty and an additional 25.4 per cent in moderate poverty in 2019.

This share is projected to rise, since poverty reduction in the sub-region is proceeding at a slower pace than elsewhere. Informal employment is essentially the norm, affecting 89.2 per cent of workers.

“Very low household incomes and the widespread lack of social protection force people to take up any kind of economic activity in order to survive,” it said.

Sub-Saharan Africa is in fact the sub-region with the largest discrepancy between the unemployment rate and total labour underutilisation, with the latter being more than three times as high as the former.

The general lack of decent work opportunities affects both men and women in sub-Saharan Africa, where gender gaps tend to be narrower than in North Africa.

The report
The report on “World Employment and Social Outlook: Trends 2020” provides an overview of global and regional trends in employment, unemployment, labour force participation and productivity.

It provides an overview of global and regional trends in employment, unemployment, labour force participation and productivity, as well as dimensions of job quality such as employment status, informal employment and working poverty.