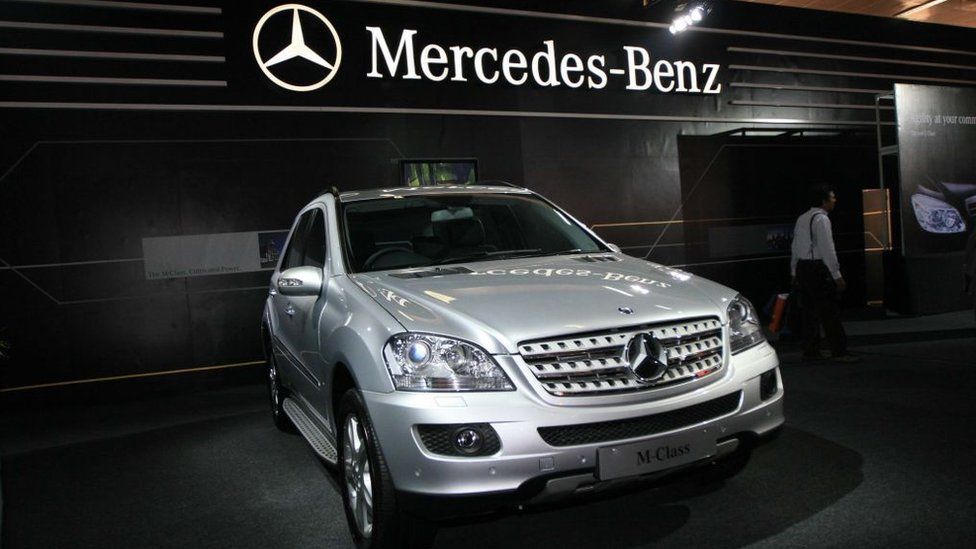 German carmaker Mercedes-Benz is recalling almost 1m older vehicles from around the world because of potential problems with their braking system.

Over the weekend, the company said it would contact owners of the vehicles as their brakes may be affected by what it called "advanced corrosion".

Mercedes recalled a similar number of cars last year over a safety issue with their emergency call system.

The company said the vehicles in the latest recall were built between 2004 and 2015 and were from its ML and GL series of SUVs and R-Class luxury minivans.

"We have found that in some of those vehicles, the function of the brake booster could be affected by advanced corrosion in the joint area of the housing," Mercedes said in a statement on Saturday.

"It might be possible for a particularly strong or hard braking manoeuvre to cause mechanical damage to the brake booster," it said.

"In such a very rare case, it would not be possible to decelerate the vehicle via the service brake. Thus the risk of a crash or injury would be increased," it added.

Mercedes said it is starting the recall immediately and that the process would involve inspecting the potentially faulty vehicles and replacing parts if necessary.

Last February, the company recalled over 1m cars because of a defect in its "eCall" feature, which alerts emergency services of an accident and relays the vehicle's location.

The defect meant it was possible that a wrong location could be sent.

Because the problem was software-related, the fix was mostly done "over the air" - via a wireless download using the car's existing mobile data connection.

The eCall system is mandatory in the European Union for all cars sold since 2018.