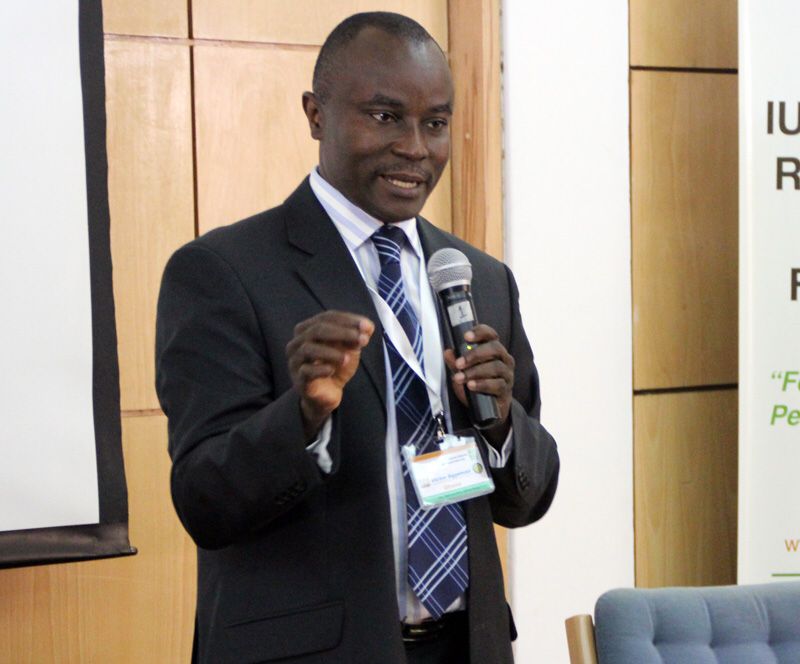 THE Director General of the Council for Scientific and Industrial Research (CSIR), Prof. Victor Agyemang, has said that all countries should join in the efforts to deal with climate change as it is the common challenge facing mankind.

He said every country, enterprise and individual should assume due share of responsibility in meeting the challenge, because it ultimately threatened life and death.

At a pre–United Nations Climate Change Conference (COP 26) meeting in Accra, he explained that around the world there were floods, storms and wild fires, which were intensifying.

“Effects of climate change know no boundaries so we in Ghana cannot sit aloof and say we are not contributing as much to emissions. The effects are not proportional to the country that is emitting but has to do with geopolitical systems.

“That is why we all have to get our hands-on deck in fighting climate change to ensure sustainability,” he said.

STEPRI held the event in partnership with the International Water Management Institute (IWMI), and with support from the Simon Diedong Dombo University, University of Ghana-Centre for Migration Studies, Environmental Protection Agency (EPA), and the Ministry of Environment, Science Technology and Innovation (MESTI).

The REACH-STR Project is funded under the European Union Agriculture Programme, ‘Productive investment for agriculture in the savannah ecological zones of Ghana’.

It seeks to conduct research into ST in a changing climate context to inform future climate action decisions.

Prof. Agyemang said the effects of climate change were broad in spectrum and cited a research by EPA, which revealed that climate change, was not impacting on food only but also on health such as incidences of malaria.

He said in the in Western Region, it emerged that rainfall had decreased from 2,500 millimetres per year to about 2,000 per year and in the middle belt it had affected the distribution of rain.

“It has been projected by a 20-year baseline climate change observation that maize and other cereal crop yields would reduce by seven per cent while population will increase. We need to something about it or else we are in for some challenging times.

“These are the bedrock of social transformation because they are environmental impact of climate change that really affect our livelihoods,” he said.

He noted that several works done on climate change had revealed the existing socio-economic, environmental, institutional and political interceptions that were likely to increase vulnerabilities for women, and other marginalised groups, and these were likely to impede sustainable and equitable rural transformations.

“It is, therefore, important for us to know that the steps we take today are then likely to affect these ST processes. Many of the policy and development planning responses to these social challenges have been inefficient or are insufficient.

“Therefore, we will need to put our hands on the wheel to come out with effective inclusive planning and implementation processes and this can be done by a deeper understanding of the ST processes,” he said.

The pre-COP meeting was on the theme, “The Role of Social Transformation in Climate Adaptation Planning”.

A Research Scientist at CSIR-STEPRI, Dr Portia Adade Williams, explained that the main objective was to profile processes of ST and its role in climate adaptation planning with implications for gender and youth development, while focusing on advocating for its inclusion in the ‘adaptation’ agenda in respect to negotiations at COP 26, to be held from on October 31– November 12, 2021.

“It is also to explore opportunities on how social transformation dimensions can inform climate change response planning with implications for consideration at COP 26 negotiations,” she said.

The Director of STEPRI, Dr Wilhemina Quaye, said climate change such as COVID-19 had taught that countries were interconnected and so needed to work together for solutions.

“We have a responsibility to lead the transition towards a resilient climate change economy,” she said.

A representative from the EU Delegation, Mr Roberto Schiliro, said the EU attached a lot of importance to issues of  climate change, thus its support to the REACH-STR project.

The vulnerable communities already suffer the consequences and so adaptation should be prioritised in sub-Sahara Africa.

“We need to adapt very simple solutions. Climate change has impacted at all levels of society and across all sectors of the economy, so adaptation actions must be systemic,” he said.