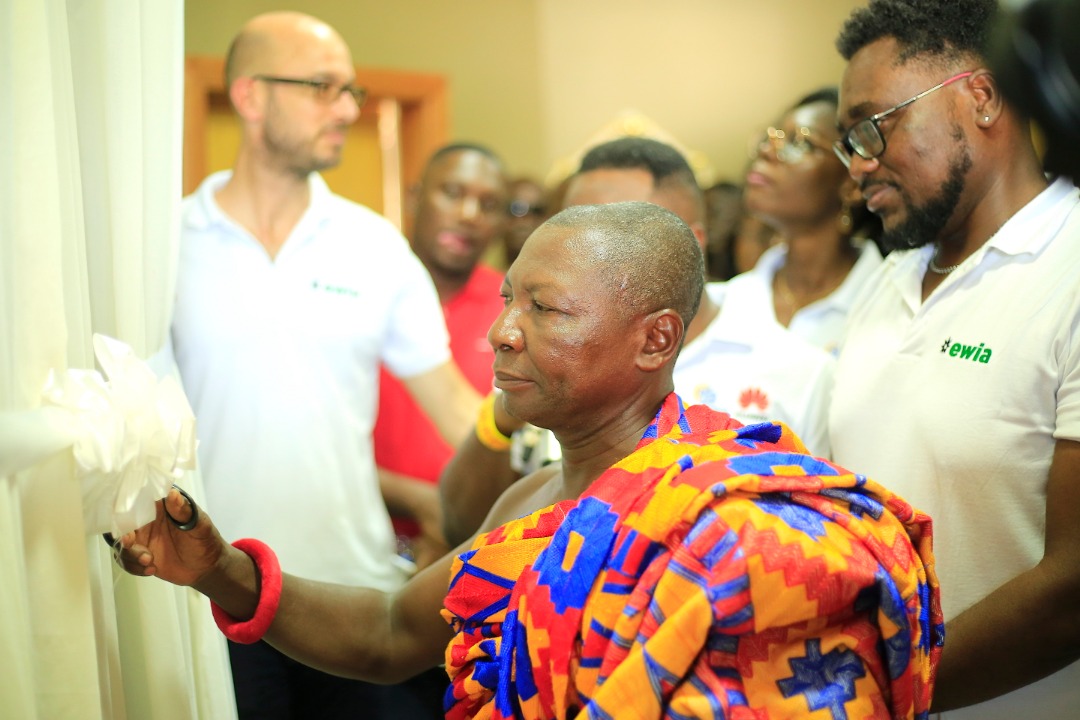 Solar and renewable energy solutions supplier, Jubaili Bros, and its partners have presented a 10KW (kilowatt) solar energy system to the Glorious Hand Foundation in Koforidua to help power energy demands of the organization and to reduce the challenge of electricity bills.

The Foundation, which currently uses about 1.5KW solar power facility, is expected to rely on the 10KW solar system for adequate energy needs as the organization expands in the future.

As part of the gesture, Jubaili Bros and its partners, Huawei and ewia Green Investments GmbH, added a 5KWh storage battery system to the solar installation to enable the Foundation have a 24-hour power supply.

Head of Solar at Jubaili Bros, Sampson Amanyo-Zickson at the presentation ceremony, said the company is excited to build such facility for Glorious Hand Foundation, adding, “Solar power is the ideal solution for organizations such as NGOs with little or no financial capabilities to pay electricity bills”.

He said solar is available and is working perfectly as society is rapidly embracing the idea of renewable solar usage with huge potentials for commercial and residential facilities including homes, banks, and industries among others.

He added that Jubaili Bros and its partners will see to the maintenance of the facility at the Foundation to benefit the children.

Finance Director of ewia Green Investments, Timo Schafer said his company’s interest in solar power is necessitated by the quest to utilize and harness resources of solar to develop several sectors of the economy including health, agriculture among others.

“Solar power signifies the need to preserve nature and to fight against global warming through sustainable use of natural energy sources” he said.

Manager of Digital Power at Huawei, Bruce Liu, said Huawei has been working in the solar industry for many years particularly in Ghana where the company has used AI solar support systems to provide energy solutions for homes and industries.

He said the gesture to partner Jubaili Bros and ewia Green to install the facility for the Foundation, was to further deepen the partnership between communities which the three entities work with.

Unit Head of the Department of Social Welfare, New Juabeng South Municipal Assembly, Asante Yeboah, commended the Foundation for taking keen interest in the growth of deprived children, adding, “it is the duty of the Department to support organizations that prioritises child protection.

Director of the Foundation, Apostle Thompson Nkansah Ajabor said the Home, which first started in 2014 at Breman Asikuma by a Germany-based Ghanaian, Beatrice Domevi, currently has about 240 children.

“The number of children at the Foundation in Koforidua is increasing, making the arrival of the solar project very timely” he said.

The Foundation, Apostle Nkansah said, supports HIV patients and children, malaria cases as well as incidents that deprive children from going to school.

Obrempong Okyeame Bonsu of Jumapo in the New Juaben Municipality, who chaired the occasion, said global occurrences such as climate change has increasingly called for innovation in the use of green energy resources.

He lauded the initiative and gesture from Jubaili Bros and its partners as ideal and community-focused.