The money was donated at the national, regional, and district levels.

Interacting with the media at this year's celebration, the Chief Executive Officer (CEO) of Kingdom Exim Group, who doubles as the Chairman of the India Africa Trade Council (Central and West Africa), Dr James Rajamani, expressed his profound appreciation to the government and Ghana's gallant farmers who have collaborated so well with Kingdom Exim Group to provide the right agro-commodities for the international market.

He said the working relationship between the company and Ghanaian farmers over the years had been mutually benefitting, pledging the Group's continuous support towards the well-being of farmers and residents of communities in which the group operates.

Dr Rajamani noted that the Group deemed it very necessary to give back to residents within the various communities in which it operates, saying corporate social responsibility was key on the agenda of the Group.

“It is not only necessary, but befitting to give back to the community within our operational enclaves, underscoring the fact that corporate social responsibility is key on the agenda of Kingdom Exim Group,” he said. 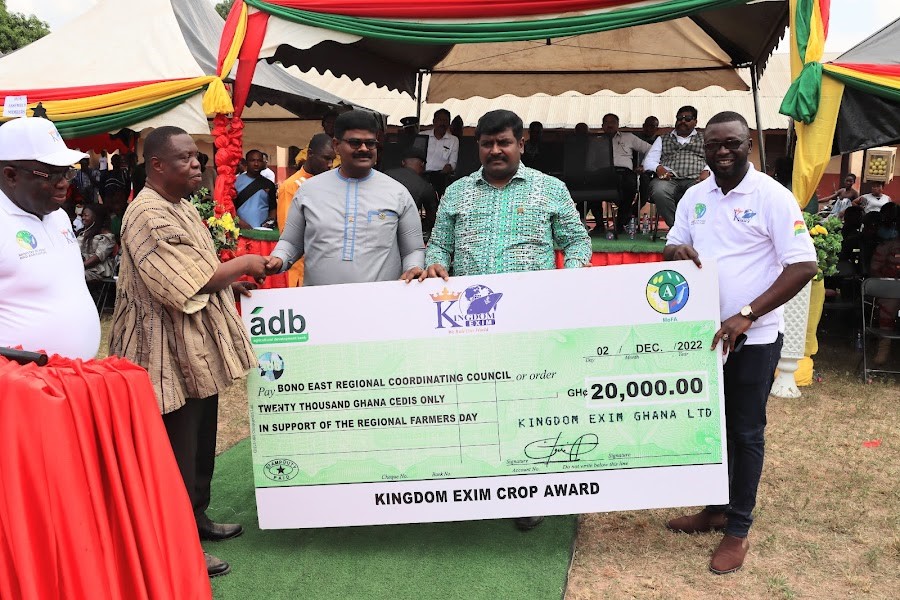 On his part, Managing Director of Kingdom Exim Group, Immanuel Rajamani, assured farmers and the government of the company’s resolve to build the capacity of the farmers and sensitize them on the need to improve and maintain international farming standards in order to survive on the world market.

The company also supported the 2022 Best Crop Farmer with GH¢25,000, and also donated pesticides, weedicides, and logistics donated to some farmers.