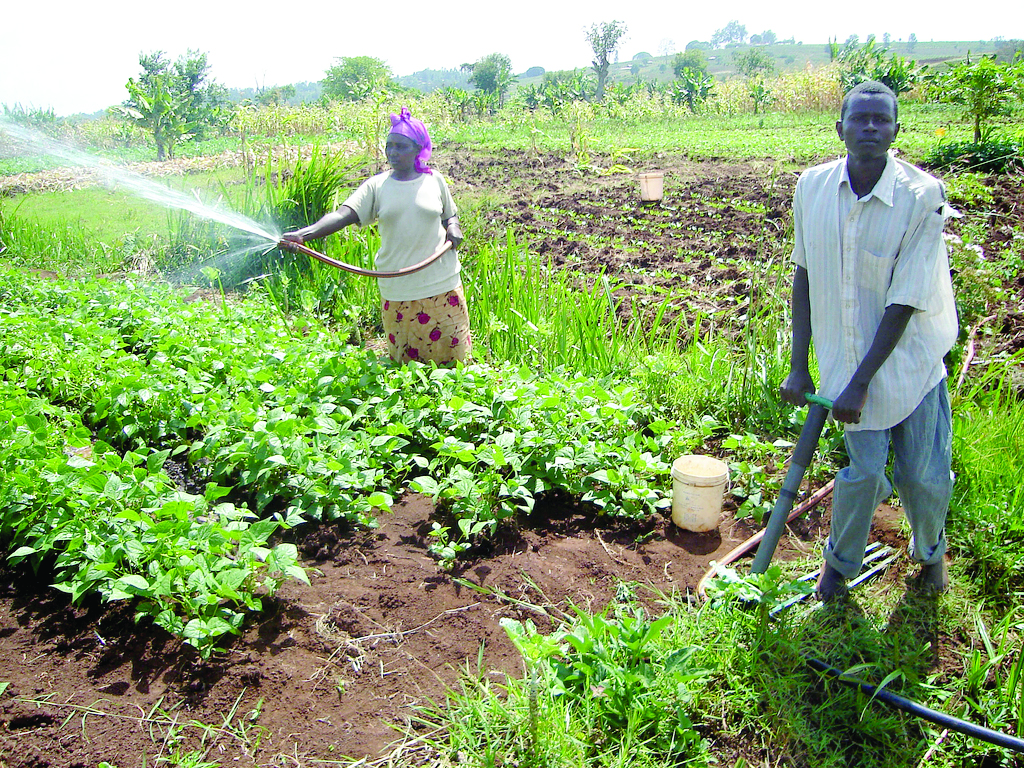 Government introduced the PFJ to revamp the agric sector

A total of 1.5 million farmers have been enrolled unto the Planting for Food and Jobs (PFJ) initiative from inception to date, the Minister of Finance, Mr Ken Ofori-Atta, has said.

From a total of 202,000 farmers in 2017 when the initiative began, an additional 300,000 farmers were registered onto the programme, increasing the number of beneficiaries from the initial target of 1.2 million to the current 1.5 million in the wake of COVID-19 to enhance food production.

Presenting the mid-year review of the 2020 budget in Parliament in Accra on July 23, 2020, Mr Ofori-Atta said due to the overwhelming success and attractiveness of the PFJ programme, the scope had evolved to five modules.

Agricultural modernisation
The government launched the PFJ programme to help address the myriad problems that had beset the agricultural sector and accounted for its low performance over the years.

The objectives of the programme are to: ensure timely and adequate availability of selected food crops through improved productivity; provide job opportunities for the teeming unemployed youth; and create general awareness for all formal workers to have either farms or backyard gardens.

He said one of the most significant achievements of the PFJ initiative had been the increase in productivity of the selected food crops as a result of the usage of improved seeds and fertiliser distributed to farmers.

“Available data on the PFJ, based on empirical estimation from the field throughout the country over the last three years, depicts an increase in jobs (labour for planting, weeding, harvesting, processing, loading and offloading of farm inputs and produce, among others),” Mr Ofori-Atta stated.

Food exports
Data from the Statistics, Research and Information Directorate of the Ministry of Food and Agriculture (MoFA) shows an increase of 56.6 per cent in exports of foodstuffs to neighbouring countries between 2016 and 2019 from 85,000 mt to 133,145 mt.

The government embarked on the construction of 30 warehouses, each with a capacity of 1,000 MT throughout the country as part of measures to ensure food security, reduce post-harvest losses, guarantee farmer incomes and improve marketing.

To date, 17 of the warehouses have been completed, with the remaining scheduled for completion by end of December 2020.

Also, 6,270 units of agric machinery and equipment have been supplied to farmers.

Outlook
As of the end of December 2019, a number of 296 graduates had been trained on greenhouse vegetable production at three government-established greenhouse training centres with commercial components, each on a five-hectare piece of land, at Dawhenya, Akumadan and Bawjiase under the Greenhouse Capacity Development Module — Greenhouse Villages.

An additional 180 graduates were targeted for training in 2020, of which 61 had been trained as of end June 2020. The remaining 119 graduates are scheduled to receive their training during the second half of the year.

This has reduced drudgery in farming and has improved efficiency in the operational activities of farmers to enhance productivity.

Mr Ofori-Atta said in the second half of the year, the government would conclude arrangements for the importation of about US$31 million worth of farm machinery and equipment, including hand-held equipment, tractors, combine harvesters and rice mills under the third tranche of the Brazil “More Food International Programme”.

Irrigation
A total of 7,141ha of land are being developed for various irrigation systems. These include Tamne phases I & II, Mprumem phases I & II, rehabilitation and expansion of existing schemes at Tono, Kpong Irrigation Schemes (KIS) and Kpong Left Bank Irrigation Project (KLBIP).

In addition, the government has invested in numerous small earth dams in the Northern, Upper East, Upper West and Savannah regions to provide farmers with easy access to water.

As of June 2020, 11 out of 14 programmed small earth dams had been completed. An estimated irrigable area of 224ha will be developed in the next phase of construction.

In the second half of the year, the government will complete the resettlement of people at Tamne and Mprumem to pave the way for completion of these projects.

The Tono and KLBIP will be completed by December 2020. The remaining three small earth dams, which are expected to irrigate over 80ha of crop lands, will also be constructed at the Dawhenya Greenhouse Village, Kaniago and Ohawu Agricultural College.

The economic impact of the COVID-19 pandemic on agriculture includes;
-    Increase in prices of agricultural inputs
-    Significant post-harvest losses
-    Decrease in labour