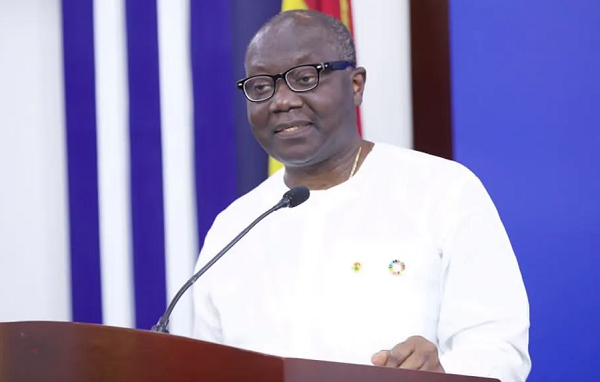 The country’s debt has hit record high, leaving no or very little room for the government to manoeuvre.

Among many other factors, the country has resorted to the International Monetary Fund (IMF) for assistance in what has generated a lot of debate from various think tanks.

One of such is the Centre for Social Justice (CSJ), which is urging the government to immediately engage its creditors, with the view of getting them to re-profile the country’s debt.

This could mean either the creditors giving the country more time to repay or cutting down the interest rates on the debts.

Ahead of the release of a report dubbed Ghana’s 20 years Debt Sustainability Report, the CSJ also urged the government to immediately implement fiscal consolidation measures aimed at enhancing revenue mobilisation and reducing expenditure.

That, it said, would help the country overcome its debt situation.

Based on the Debt Sustainability Analysis of the International Monetary Fund (IMF) and World Bank, Ghana is classified as a country with a high risk of debt distress.

Equally concerning is how revenue mobilisation efforts have significantly lagged the pace of debt accumulation in recent years.

The CSJ in the release said certain measures needed to be implemented soon to curtail the pace of debt accumulation and focus on the efficient management of the economy in its entirety.

“Meaningful steps must be taken immediately in order to begin restoring the country’s orderly access to international debt markets,” the release stated.

While the CSJ does not believe the country needs to halt all borrowing, it believes the current debt situation requires a renewed focus on debt sustainability and policies/projects that can generate the economic activity necessary to not only support but curtail the existing debt.

To the think tank, this renewed focus must include all stakeholders, including the government, our lenders, development partners and civil societies to rally together to devise the necessary measures needed before the situation deteriorates into a full-blown sovereign debt crisis.

The CSJ also noted that it supported the government’s decision to commence formal engagements with the Bretton Woods institution with the view to reaching a policy programme capable of restoring market confidence and helping the country surmount current debt challenges.

“We call upon the government to demonstrate a thorough understanding of Ghana’s own existing debt and terms, proactively approach the IMF with a realistic programme and be willing to have a broader debt restructuring conversation with all current major creditors.

“The extent of engagement with the IMF could lead to further expenditure rationalisation, which could potentially reduce aggregate demand and temporarily slow economic growth.

“To this extent, it is our hope that every effort will be made by the government to cushion the effects of any such expense rationalisation on marginalised and economically disadvantaged persons and communities in our society,” the release noted.

It said this was a good time for the government to take a hard and sober look at reducing the size of government and by extension, the significant costs associated with the political bureaucracy.

The Public Debt Report used data from the World Bank, IMF, Ministry of Finance and Bank of Ghana.

CSJ’s research into Ghana’s economy has been extensive. While various reports from other government ministries and sources were reviewed as part of the comprehensive research, data from the sources listed in the report are from institutions that are publicly accessible and provided the most current and consistent information.