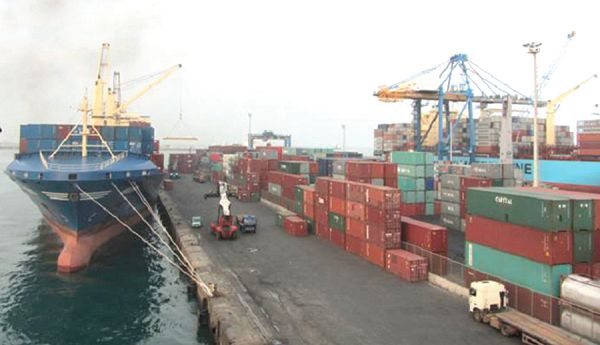 The world’s seaborne trade is gradually gathering momentum, with volumes expanding at four per cent, the fastest growth in five years.
30.5k Shares

The United Nations Conference on Trade and Development (UNCTAD), is projecting a bright prospect for the world’s maritime industry as it has predicted that the global seaborne trade volumes will grow by 3.8 per cent between 2018 and 2023.

The growth is to be largely sustained by the trade liberalisation gains that may be generated by various trade policy instruments, provided they are successfully concluded and implemented.

UNCTAD’s Review of Maritime Transport 2018, which was released in November this year, highlighted that the CFTA could increase the value of intra-African trade by 33 per cent.

While the advantages and implications of the implementation of the agreement establishing the CFTA, with regard to seaborne trade are yet to be fully assessed, additional trade flows could be expected to benefit shipping and support seaborne trade volumes.

In this respect, one liner shipping operator reported that intra-Africa trade had picked up following the implementation of trade facilitation measures, in particular the one-stop border post concept.

This points to the significant potential in Africa that can be unlocked for shipping and seaborne trade if relevant support measures and enabling conditions are provided.

Growing intra-Asian trade arising from a shift of low cost manufacturing activities from China to other neighbouring East and South Asian countries could generate some additional seaborne trade flows.

As China moves up the global value chain, new trading opportunities are opening up for other countries.

The value of outward-oriented green field foreign direct investment in manufacturing in developing Asia has nearly doubled, from US$26.6 billion in 2005–2010 to US$50.2 billion in 2011–2016.

According to UNCTAD projections, world seaborne trade will expand at a compound annual growth of 3.8 per cent during that period, based on calculated elasticities and the latest figures of GDP growth forecast by the International Monetary Fund for 2018–2023.

Prospects for the short and medium term are positive overall – global GDP is expected to grow by more than three per cent over the 2018–2023 period and merchandise trade volumes are set to rise by 4.4 per cent in 2018 and four per cent in 2019.

The report further indicates that contingent on continued economic conditions in the global economy, volumes across all segments are set to expand and it is expected that containerised and dry bulk commodities trades will record the fastest growth.

Tanker trade volumes should increase, although at a slightly slower pace than other cargo types.

Dry bulk commodities are projected to experience a compound annual growth rate of 4.9 per cent between 2018 and 2023, while containerised shipments are expected to rise by six per cent, supported by positive economic trends, imports of metal ores to China and steady growth on the non-mainlane trade routes.

Further, crude oil trade is forecast to grow by 1.7 per cent between 2018 and 2023, and combined petroleum products and gas volumes, by 2.6 per cent.

World seaborne trade gathered momentum in 2017, with volumes expanding at 4 per cent, the fastest growth in five years.

Supported by the world economic recovery and the improved global merchandise trade, world seaborne trade was estimated at 10.7 billion tons, with dry bulk commodities powering nearly half of the volume increase.

Bearing in mind the low base effect, the recovery benefited all market segments; containerised trade and dry bulk commodities recorded the fastest expansion.

Following the weak performances of the two previous years, containerised trade increased by 6.4 per cent in 2017.

UNCTAD analysis is pointing to continued growth in world seaborne trade that hinges on the continued improvement of the global economy.

In line with projected growth in GDP, UNCTAD expects global maritime trade to grow by another four per cent in 2018.

Further, world seaborne trade is projected to expand at a compound annual growth rate of 3.8 per cent between 2018 and 2023.

Volumes across all segments are set to grow, with containerised and dry bulk commodities trades recording the best performances.

Tanker trade volumes are also projected to increase, although at a slightly slower pace than other market segments, a trend that is consistent with historical patterns.

Although prospects for seaborne trade are positive, caution will be advisable, given the uncertainty surrounding the sustainability of the recovery and related implications for shipping.

Much of the uncertainty derives from the confluence of geopolitical, economic and trade policy risks and structural shifts such as the rebalancing of the Chinese economy, slower growth of global value chains and changes in the global energy mix.

This is further amplified by the emergence of new trends, notably digitalisation, which could alter the face of global shipping and redefine seaborne trade flows and patterns.