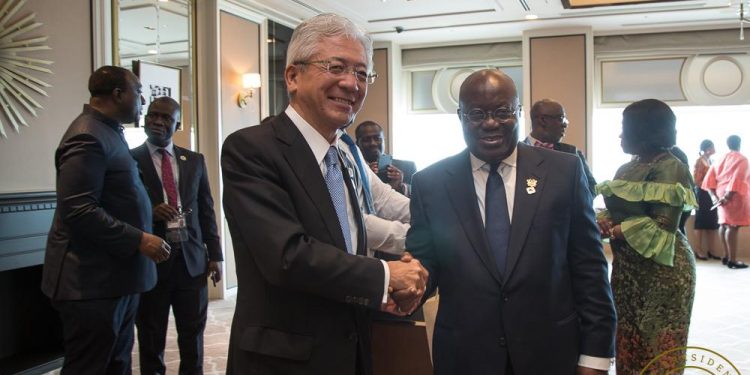 The President and Chief Executive Officer (CEO) of the Toyota Tsusho Corporation, Ichiro Kashitani, has given an assurance that the first Toyota vehicle to be assembled in Ghana under the current administration will be unveiled by August next year.

Mr Kashitani, who said this yesterday when the Toyota Tsusho Corporation signed a memorandum of understanding (MoU) with the government of Ghana for the establishment of a Toyota and Suzuki assembly plant in Ghana, said: “We consider this agreement as a marriage, since it is a long-term project.”

He expressed appreciation to the government of President Nana Addo Dankwa Akufo-Addo for its help and support towards the realisation of the project.

Present at the signing ceremony was the Chief Operations Officer in charge of the Africa Division of Toyota Tsusho, Mr Imai Toshimitsu.

He explained that the decision taken by the company to set up in Ghana was necessitated by the favourable economic climate in Ghana, adding that details of the work to be undertaken in Ghana, including the volumes and models of the vehicles to be produced, were in the MoU.

“We are willing to participate in the automobile industry in Ghana and so I am very happy that we have reached a consensus and also a principal agreement to start the Toyota and Suzuki assembly plant.

“We are planning to kick off the project immediately and hopefully we will have the first made-in-Ghana car by this time next year,” he assured President Akufo-Addo. 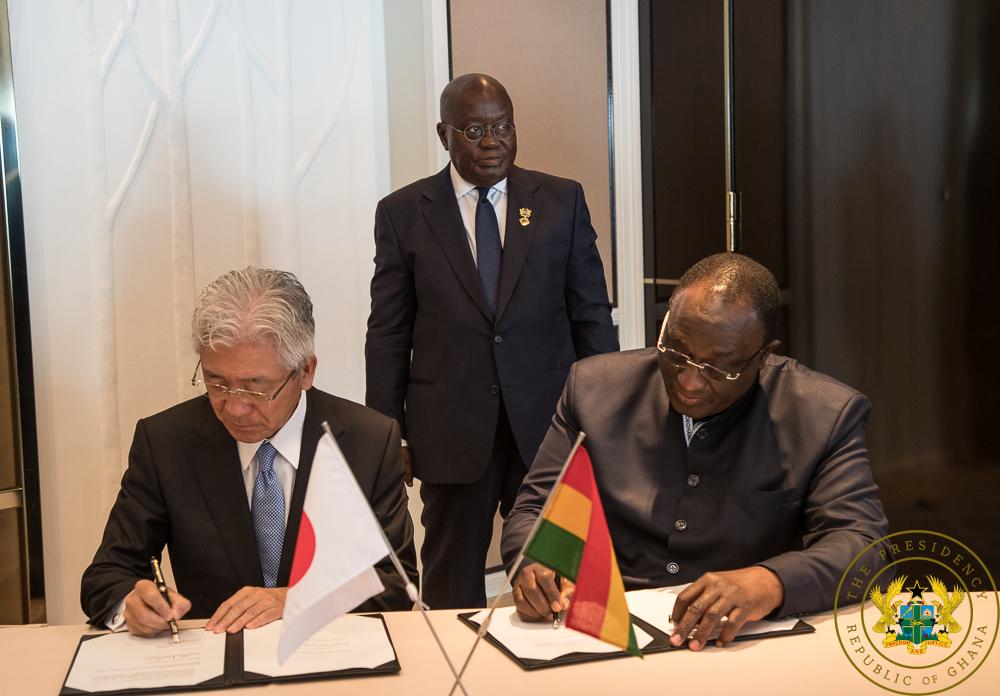 According to Mr Toshimitsu, the decision to assemble Suzuki vehicles in Ghana was made possible following the acquisition of a stake in Suzuki by Toyota Tsusho last Wednesday, thereby making Toyota a “principal shareholder” in Suzuki.

“The products to be assembled in Ghana include Toyota Hilux pick-up, which is already popular in Ghana. Since it will be locally produced, I hope it will be more popular. We are also planning to introduce small passenger cars, with two Suzuki brands,” he added.

Responding, President Akufo-Addo said the signing of the MoU with Toyota Tsusho fell in line with the vision of making Ghana an automobile hub in the West African sub-region, as well as the larger African market.

“We are attaching a great deal of importance to the initiative and development. We want to assure you that whatever it is we can do on the side, as a government, to provide you with the necessary support, you can count on us to do that,” he said, adding that with the coming into force of the African Continental Free Trade Area (AfCFTA), “Ghana is the base to reach this larger African market”.

Officials from the Toyota Tsusho Corporation, the Suzuki Motor Corporation and CFAO, in March this year, visited President Akufo-Addo at the Jubilee House, during which they announced a joint venture arrangement to assemble and distribute vehicles in the country.