When will these painful price hikes slow down? 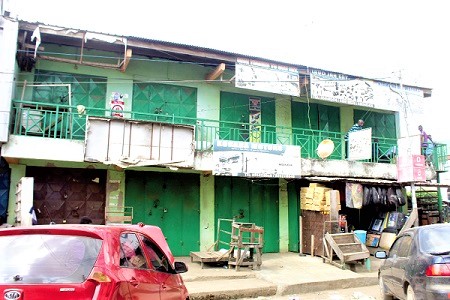 Traders in Accra and Kumasi closed down their shops in protest against the harsh economic challenges
30.5k Shares

"Inflation is one form of taxation that can be imposed without legislation.”

This is one of the poignant quotes by American economist, Milton Friedman which succinctly explains how price hikes rob households and businesses of their hard-earned incomes.

When stable, inflation can easily be wished away as one of those jargons that economists and financial experts bundle around when talking about the economy and finance.

But when high and surging, it becomes the invincible pickpocket that steals incomes, raises cost of living and threatens business survivals and jobs.

Ghana and the world are currently in this challenge.

Since the beginning of the year, the local economy has been enduring one of its worst inflationary periods in decades and the grim on people’s faces on the streets and offices tells of how deadly the situation is to lives and livelihoods.


While various stakeholders have spoken against the resulting frustrating cost of living, the recent historic closure of shops in the Kumasi and Accra Metropolis give credence to the extent to which the price hikes are threatening lives and livelihoods.

But how did we get here and how soon can we get out of it?

Until November last year, general price levels were rising at a declining rate in a sustained manner that helped households to save and invest and businesses to plan and expand their operations.

But since then, the situation has changed; prices now rise sharply at rates only seen in the late 1990s into the early 2000s when the country was a candidate for the highly indebted poor countries (HIPC) initiative of the World Bank and the International Monetary Fund (IMF).

Due to this, the value of the local currency, the cedi, relative to what it can buy has plummeted.
What an income of GH¢1,000 could achieve for a household in November last year is no longer tenable as the price jumps have more than halved the value of that amount.

Indeed, so dire is the situation that GH¢2,000 last week is not the same today as far as what it can purchase is concerned.

In the midst of the piercing price jumps is a debilitating currency depreciation.

After opening the year around one US dollar to six cedis, the cedi has lost more than 40 per cent of its value to the ‘greenback’ to trade above GH¢12 to a dollar as of October 20.

What is alarming is the hefty nature of the depreciation in recent times. From closing last week around GH¢10 to a dollar, the cedi climbed up to GH¢13 to a dollar on Thursday in a sharp fall that should send shivers down the spines of the economic managers.

The price jumps and the cedi fall are not happening in a vacuum; they are symptoms of an economy ‘under the weather.’

Our revenues are meagre yet our expenditures are so high. As a result, the gap between what we earn and spend has been unhealthily wide.

To plug the resulting hole, we have borrowed more than our strength/economy can withstand.

This attracted the ire of international ratings agencies, leading to the infamous downgrades of the economy to levels never seen before.

Acting together, these developments eroded confidence and caused the global financial market, where we used to frequent for loans, to lose trust in our ability to repay current and future debts.

The result is the lack of market access that has since denied us access to foreign loans to shore up the reserves and cushion the cedi.

Needless to say that this was happening to a fragile economy recovering from the battering of the COVID-19 pandemic and the Russia/Ukraine war, which is raising global prices and reducing supplies.

As stated earlier, the cedi fall and the spiking inflation erode the value of money – making it impossible for GH¢500 to buy the same volume of goods that it could buy a few days or months ago.

This has direct effect on hunger levels, malnutrition and all the standards of living indicators.

As the soaring prices reduce demand for goods and services, businesses become fragile and more prone to collapse while jobs become increasingly insecure.

In the worst case, social upheavals risk becoming the only avenue for people to voice out their frustrations. Reference the closure of shops in Accra and Kumasi.

To the government, surging inflation and a falling cedi drive away investors, leading to dwindling foreign exchange and its impact on the country’s ability to fund imports.

In fact, the country’s net reserves, which measure the size of assets available to pay for imports, shrunk from about $6.08 billion in December last year to $2.7 billion in September.

High inflation and a weak currency also increase the foreign component of the debt stock and generally deteriorate the books or fiscal position of the country.

When it will end

With the perennial Christmas shopping and dividend/profit repatriation from every October beginning to take shape, one wonders when the ‘storm’ will subside.

It is even so because initial expectations that the $750 million AFREXIM loan and the $1.13 billion cocoa loan would help dowse the pressures have failed to materialise.

While the AFREXIM loan has been disbursed, the cocoa loan is yet to hit the Bank of Ghana’s accounts – leaving the currency to the mercy of the challenges.

Given the corner the country finds itself in, only a timely successful deal with the IMF will help.

It will help restore confidence and integrity for local policies and programmes. It will help assuage the fears of nonresident investors to stay or return with their funds and also reopen the markets for borrowing.

These would serve as the necessary cold water over the flaming cedi depreciation and spiking inflation.

The impact will be a moderation in the pace at which price increases and the cedi depreciates.
Ghanaians also need to be a little more patriotic.

The increasing hoarding of foreign currencies, rumor mongering about debt restructuring and the resulting rush to discount investments are bad for an already bad situation.

Traders also need to be realistic with their pricing.

People and institutions profit from chaos; yes,­­­­ but what conscience will you have if your profit is derived from deliberately squeezing water off your already battered compatriots?