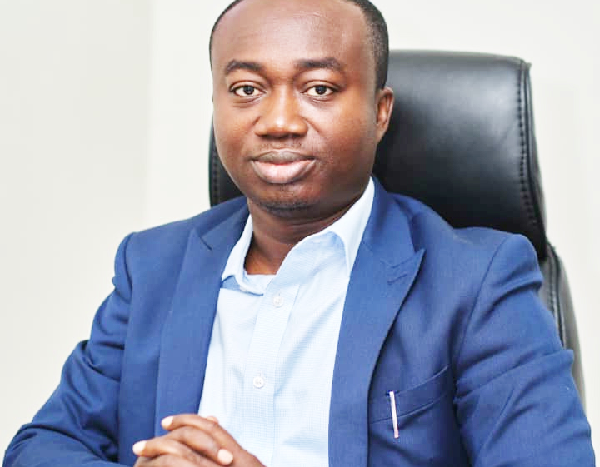 The Ghana Maritime Authority (GMA) has rolled out a campaign to sensitise students in junior and senior high schools to careers in the maritime sector.

Dubbed: “Go-to-Sea Campaign”, it is part of efforts to reduce unemployment in the country.

The Ghana Maritime Authority’s Director of Maritime Services, Nana Kwabena Boakye-Boampong, said in an interview that although numerous opportunities existed in the sector, the lack of awareness among young people had seen many of them subscribing to programmes in the traditional universities where gainful employments were not guaranteed.

Seafaring careers, Nana Boakye-Boampong pointed out, were rewarding, stressing that they provided room for diversity in land and sea jobs, especially with the needed technical abilities, certification and experience.

He said while many least developed countries in Africa were grappling with unemployment as a result of growth in the youthful population of the continent, Ghana’s public sector was heavily constrained, leaving little room to absorb the large number of graduates that come out from the public and private universities annually.

“With the International Maritime Organisation (IMO) pushing for countries to roll out programmes to fill the void being created as a result of shortage of seafarers globally, we want to use the ‘Go-to-Sea Campaign’ to significantly increase training and recruitment to meet the growing demands for certified seafarers,” Nana Boakye-Boampong stressed.

Nana Boakye-Boampong said the GMA last month signed a memorandum of understanding (MoU) with the Maritime and Coastguard Agency of the United Kingdom (UK) for the mutual recognition of certificates of competency (CoC) issued by both countries for service on their flagged vessels.

By the agreement, Ghanaian seafarers with CoC issued by the Ghanaian maritime administration will be able to work on UK-flagged vessels across the world and on other red-ensign vessels (vessels operating within the UK and other overseas territories such as Cayman Islands).

The agreement detailed Ghana as a participant whose national certificates were to be recognised by the UK administration in line with the standards of training, certification, and watch-keeping for seafarers code, certifying that a seafarer had sufficient knowledge and skills to sail and work on vessels.

Nana Boakye-Boampong stressed the importance of the agreement as it would offer Ghanaians a wider range of opportunities to work on international vessels apart from Ghanaian registered ones.

Ghana presently has about 5,000 qualified registered seafarers, although the country can boast only two merchant vessels that ply the African regional trade route.

The GMA so far had agreements with 36 countries, including Denmark, Indonesia, Norway, Luxembourg, Germany, Spain and others that together control 70 per cent of the world’s cargo tonnage, Nana Boakye-Boampong stated.

He said the sensitisation was to leverage the opportunities to create employment for more students who would enrol at the Regional Maritime University to study sea-going related courses.

Citing the examples of Philippines, Nana Boakye-Boampong said the country’s foreign exchange was heavily dependent on the work of seafarers.

“The authority is using this new approach to emulate the example of the Philippines to ensure that as many young people could take up programmes at the maritime training institution to nurture a pool of locally-trained seafarers that could work in any of the countries we have agreements with,” Nana Boakye-Boampong emphasised.