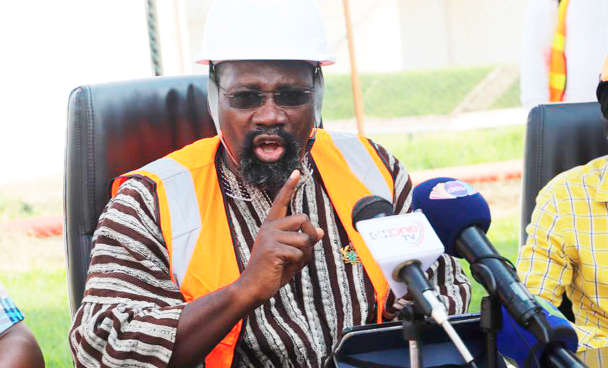 The management of the Bulk Oil Storage and Transportation Company Limited (BOST) has assured the public of the safety of fuel products from the company.

This followed the arrest of some fuel tanker drivers last Monday for allegedly adulterating products they were delivering in Kumasi.

The Chief Executive Officer of BOST, Mr Edwin Provencal, told the press in Kumasi yesterday that the company had an effective due diligence policy that ensured the safety and security of its products.

“As we speak, all the suspected vehicles have been impounded. Therefore, no fuel has found its way into the market,” he said.

Mr Provencal said it was as a result of that policy that the fraudulent activity of the suspects were detected.

“As a standard practice, products are tested to confirm their chemical composition before loading into trucks. Upon arrival at their destination, same product testing is carried out to ensure what was loaded onto the truck is what has been transported before discharge is permitted,” he told the media.

Last Monday, the Crime Scene Management Team (CSMT) of the Ashanti Regional Police Command, acting on a tip-off, stormed the BOST depot in Kumasi and arrested nine drivers over an alleged adulteration of petrol, in particular, and other fuel products.

About 15 other drivers took to their heels on seeing the police.

As part of the operation, the team also took some samples from the tankers for forensic analysis to verify what substances were being used to adulterate the fuel.

The Daily Graphic gathered that the practice has been going on for some time now, and that the drivers managed to adulterate the substance on arrival at the BOST depot before discharging.

Mr Provencal disclosed that during the pre-discharge testing of product, it was discovered that the chemical composition of the product at the destination differed from what was loaded onto the trucks.

“BOST then made a call for confirmation testing which proved that the result of the basic test was correct; the product aboard the truck was adulterated,” he explained.

That led the management team to call for investigations, leading to the swoop and arrest.

Mr Provencal further indicated that BOST was working closely with the National Petroleum Authority (NPA) to find a way of resolving the challenge of the adulteration either by cleansing the adulterated fuel or discarding it altogether.